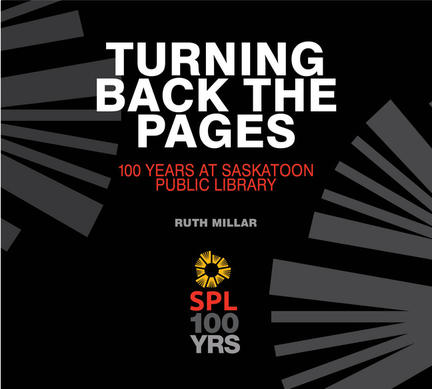 A sweeping social history of the challenges and victories, the quiet efficiencies, and most of all, the amazing people — from the chief's office to the circulation desk — who have given the Saskatoon Public Library the remarkable century it has had.

Saskatoon Public Library's history is suffused with drama. Floods, fires, boardroom battles, clashes with City Hall, strikes, bold art robberies, outraged and belligerent patrons, pilfering and mutilation of materials, stalkers and flashers, animals at large on the premises, theft of computer equipment, and a covered-up dispute that sent its chief librarian fleeing into obscurity - all appear in these pages. Set these stormy incidents against a historical matrix of two world wars, a major Depression, world-wide epidemics, and a revolution in technology, and the colourful pageantry of the Saskatoon Library history emerges. But mostly the Library quietly hummed along - efficient, orderly and welcoming. It has been a symbol of public service, a haven for troubled souls, an escape for the bored, as well as a treasure house for information seekers. As an institution, SPL has had a remarkably progressive history of service and compassion - even missionary zeal - reaching out to the blind and the deaf, the disabled, the illiterate, the poor, "New Canadians" and Aboriginal folk.

Ruth Wright Millar is a well-known Saskatoon historian, librarian and former journalist. Her book credits are as the author of Saskatchewan Heroes and Rogues and co-author of Saskatoon: A History in Photographs. She has made numerous appearances in periodicals such as “Arts West?, “Western People?, “Saskatoon History Review?, and “Saskatchewan History?, and on radio and television programs, including “Basic Black.” She has also published a number of short stories, written historical video scripts, and prepared historical photo exhibits and bibliographies. Ruth Millar worked for many years as the head of the local history room at the Saskatoon Public Library.

Other titles by Ruth Millar

A History in Photographs

WWFUR (What Would Frank Underwood Read)?