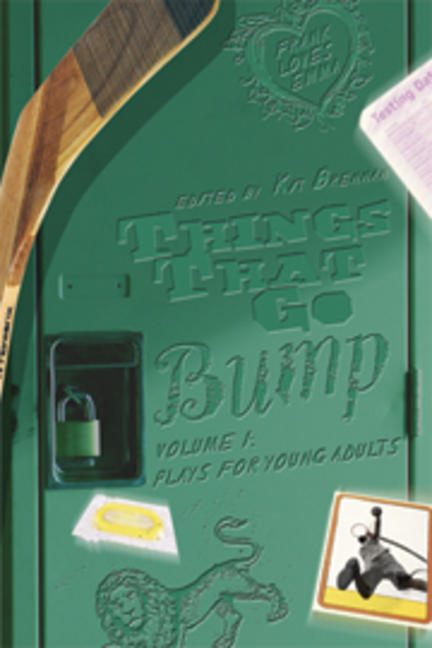 What is theatre doing to reflect the wishes and concerns of young people right now? This exciting collection of recent Canadian TYA plays provides answers. Plays for elementary school age audiences, as well as scripts designed with young adults in mind, are here together in one volume, opening theatrical doors on a wide range of topics from the serious to the hilarious. These scripts are road-tested: toured by professional companies to schools, theatres, libraries, museums and other assorted venues, they have been seen and enjoyed by many young people across Canada. Included are interviews with the writers discussing themes and concerns of their particular play, as well as topics such as the touring experience, the challenges and thrills of writing for specific age groups, and the impulse behind the writer's work: what is going on in the world that gave spark to the idea?

Brian Drader is an actor and writer from Winnipeg, who now lives in Montreal, and is head of the playwriting program at the National Theatre School of Canada. His writing credits include Liar (Scirocco Drama, 2004, a finalist for the Joyce Dutka Arts Foundation Playwriting Award, New York, NY), Prok (Scirocco Drama, 2003, winner of the Lambda Literary Award for Drama, a finalist for the 2003 Governor General’s Award for Drama, and winner of the Theatre BC National Playwriting Award and the Brick Playhouse New Play Award), The Norbals (winner of the Herman Voaden National Playwriting Competition, and also published by Scirocco Drama), S*it (a play for teens), The Fruit Machine, and Tucktuck. Drader is also editor of Breakout, a Scirocco anthology of plays by young emerging playwrights.

Marcia Johnson is a playwright and actor based in Toronto. Her plays include Binti's Journey, an adaptation of The Heaven Shop by Deborah Ellis; Courting Johanna (Scirocco Drama, 2009) based on Alice Munro's Hateship, Friendship, Courtship, Loveship, Marriage, and Late. Her plays have been performed by the Blyth Festival, Obsidian Theatre Company, Theatre Direct Canada, Manitoba Theatre for Young People, Black Theatre Workshop, Western Canadian Theatre Company, and more. My Mother's Ring, a short opera for which she wrote the libretto with composer Stephen A. Taylor, was nominated for a 2009 Dora Mavor Moore Award. Their second collaboration, Paradises Lost, based on the Ursula K. Le Guin novella, had excerpted concert performances by Third Angle Ensemble in Portland, Oregon and at The Gershwin Hotel in New York. Marcia Johnson is a core member of Got Your Back Canada and is a juror/dramaturg for Ergo Pink Fest, supporting, developing and showcasing the works of women and playwrights of marginalized genders.

This volume contains five recent Canadian plays for young adult audiences. Three of the plays were originally written for touring to secondary schools (In This World, Offensive Fouls and To Be Frank). Learning the Game has toured via the Fringe and community groups as well as in schools. Binti’s Journey is designed for the interesting senior-elementary/junior-high age group (Grades 7 to 9, give or take a year either way); it is an adaptation for the theatre of Deborah Ellis’ novel for young people, The Heaven Shop.

These plays are about real and current issues for young adults, written by writers who are involved and connected with this demographic for reasons of their own which also are varied and individual. The plays were commissioned or assisted by some of CanadaÂ¹s foremost companies in the field of Theatre for Young Audiences âï¿½ï¿½ Geordie Theatre and Youtheatre, both in Montreal, Theatre Direct in Toronto, Manitoba Theatre for Young People in Winnipeg, Concrete Theatre in Edmonton, and All Nations Theatre in Calgary. Also involved along the way were provincial Arts Councils, playwrights’ and writers’ centres, universities and theatre schools, individual dramaturges, artistic directors, and fellow writers and artists.

The playwrights have a wealth of theatrical and life experience: Hannah Moscovitch is currently playwright-in-residence at Toronto’s Tarragon Theatre; Jason Long teaches writing for adults and youth and is working on a commission for Quest Theatre; Janice Salkeld has been a junior high/high school teacher and a program coordinator/consultant for Early Childhood Intervention Programs; Brian Drader writes for film as well as theatre, and is presently the Director of Playwriting for the National Theatre School of Canada; Marcia Johnson is an actor and librettist, and currently playwright-in-residence for Roseneath Theatre.

Most playwrights will tell you that it takes a whole team to see the work to fruition, and that includes the audience. One of the most refreshing things about writing with young audiences of any age in mind is that they will tell you âï¿½ï¿½ or show you âï¿½ï¿½ whether your work is resonating with them, if it interests them, if they care about the characters. These plays have been road-tested and survived the exciting journey.

I asked each writer to talk about that journey âï¿½ï¿½ why they wanted to write for this age group, how it came about, what the development process was like, how the play was received by the first audiences, whether rewrites happened because of that experience, etc. These notes by the writers can be found at the end of each script.

I am sure that teachers of young adults will find these scripts current and refreshing examples of good writing and good scene work. The plays will provoke discussion and exciting in-class explorations. For production inquiries âï¿½ï¿½ should you wish to stage the full play âï¿½ï¿½ please note that these works are fully protected by copyright, and I encourage you to contact the publisher who will put you in touch with the writer directly. Canadian playwrights are delighted to have their work produced, and are not remotely greedy. They also need to eat.

I hope you enjoy the work.

Secret Life of a Mother

Other titles by Brian Drader

Other titles by Marcia Johnson