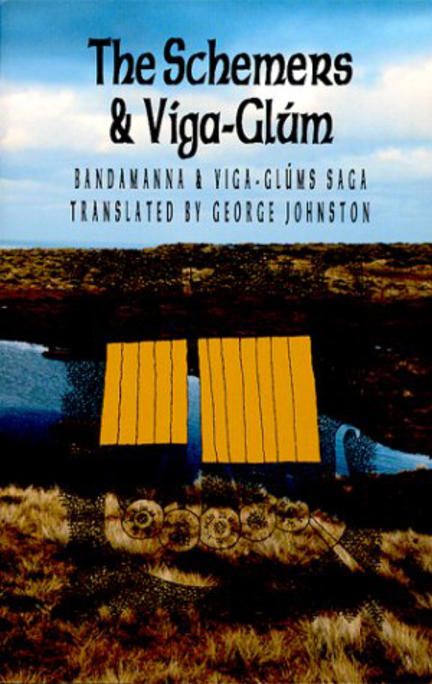 George Johnston, renowned for his fine translations of Old Icelandic tales such as The Saga of Gisli and Thrand of Gotu, takes a look at two orally-preserved stories from the middle of the ninth to the eleventh century. The first, 'The Saga of the Schemers', is unique in that the work is wholly imaginative and its mood is comic whereas most are weighted on the side of passion and tragedy. The second, 'The Saga of Viga-Glum', leans more traditionally on the story of a known Icelandic chieftain of the tenth century. Yet it cannot be read as history; fictional and folktale motifs have been worked into reports of actual events, and supernatural elements, belonging to pagan mythology and worship, have held their place in the telling. This is an accurate and thoughtful translation executed by a master.

'George Johnston's other voice emerges as he becomes a translator of Icelandic eddas ... The bedrock lifts like a tectonic plate and all looseness withers in the press of the stark alliterative form.'

'This beautiful book is a celebration of an ancient tradition, skilfully rendered for modern audiences by respected poet and scholar George Johnston. Johnston's first collection of sagas, Thrand of Gotu, is also now available.

'Johnston may well be Canada's most accomplished poet in the sense that he writes poetry as a craft, not as self-revelation, or propaganda, or ''high art'', or psychological therapy. He is preoccupied with rhythms, with diction, with tones and nuances, and the creative challenge of complex metres and stanza forms. ...This verse celebrates ordinary life in tones that vary between the ironic and the sombre, and the tender and the stoic, but its technique is impeccable, and its chief pleasure lies in the display of an unostentatious but formidable artistry. He is also the master of ''occasional'' poetry, and most of these poems have worn well, transcending their immediate occasions with shrewd insights and unpretentious wisdom. Above all, he discovers a new originality within the deeply traditional.'