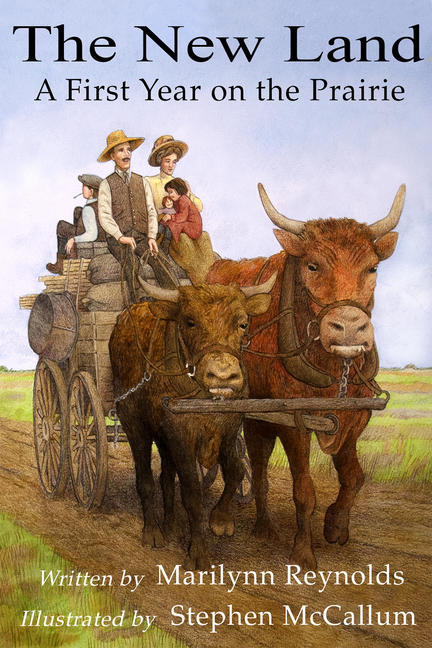 The New Land is the story of a 19th-century European immigrant family’s first year of homesteading on the prairie. Mother, Father, John and little Annie travel across the Atlantic by steamship and then the country by train and ox cart to the prairies where they build a sod house and prepare for their first winter. In the Spring, they plant their first fields and rejoice in the prairie flowers and the flight of geese and meadowlarks. Recommended reading ages 4 - 8

Softly colored, full-page pictures apparently created with colored pencils and chalks show scenes of the family’s journey by sea, rail, and covered wagon; their farm in the midst of wide fields of grass; and the first fruits of their labor. Simple and descriptive, this quiet story with its gentle pictures can be read aloud or used as supplementary material when discussing the settling of the West.