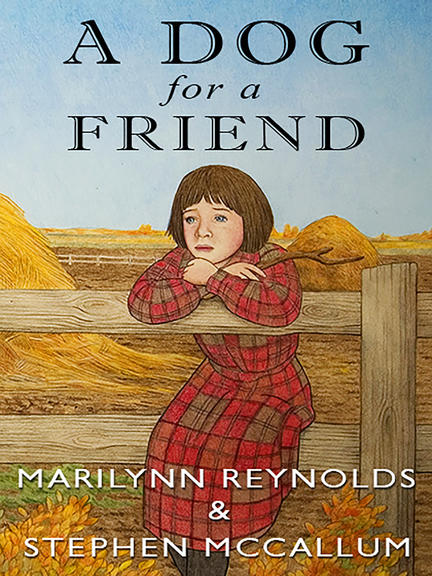 Jessie lives with her parents on a farm a long way from anywhere. There are no other people for miles around. Often, she is lonely. More than anything, Jessie wants a dog; a friend who will play with her, come running when she calls and sleep with its head on her lap. Her mother and father can’t see any need for a dog on a wheat farm. Besides, there’s so much work to do. They don’t have time for a pet. Jessie will just have to wait.

But one autumn night, the sow in the barn has her litter, and Jessie notices one piglet who is smaller and weaker than the others. When the little runt begins to ail, Jessie persuades her father to bring it into the house so it can be nursed back to health. At last Jessie has what she really wanted all along-a friend who needed her.

Set on the prairies during the 1920’s, A Dog for a Friend is a heartwarming story about the aching need for companionship that every child will identify with and understand.Recommended reading ages: 4-10