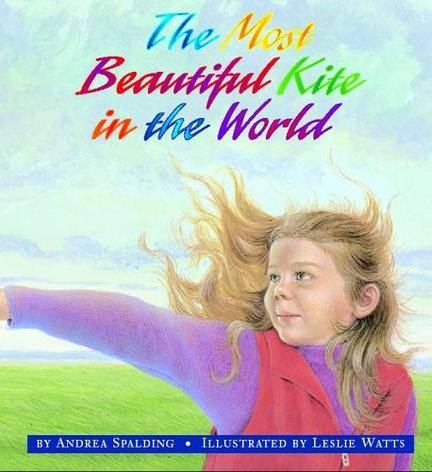 For her birthday, Jenny hopes to receive the beautiful kite she has seen at the local store. She opens a kite-shaped package at breakfast, hiding her disappointment when she sees that the gift is her father's lovingly homemade creation.

Eager to see how it works, he encourages a trip outside and begins to show his daughter how to maneuver the toy. First, second, and third tries fail to keep it elevated even as he teaches her about adding bows to the tail for balance. Jenny gathers wool and paper scraps from neighbors, adding several bows at a time and feeling more hopeful as the kite lifts with better ease on each attempt.

Finally, on the fourth try, the kite lifts, climbs, and soars in the sky to the delight of all, with Jenny declaring that this one is "the most beautiful kite in the world."

Spalding has taken a theme of expectation and disappointment and written a scenario plausibly demonstrating patience and perseverance.