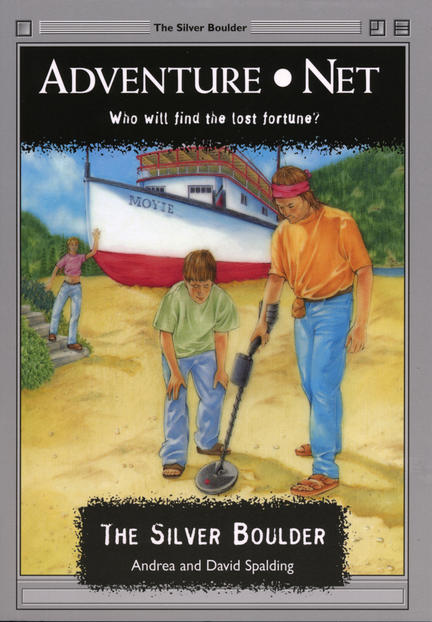 Hot off the trail of their adventure involving a Group of Seven sketch, sibling team Rick and Willow Forster are back hunting for clues in the second Adventure. Net book. This time, they travel to the interior of British Columbia along with their film-maker parents. They hear strange stories about a silver boulder as big as a truck, a mysterious young woman, a suspicious miner, and a ghost town. Just like the first book in the series, The Lost Sketch, The Silver Boulder combines a strong fictional story with non-fiction sidebars. Included in the sidebars are interesting information and web site addresses relevant to topics explored in each chapter. To enhance the educational nature of these books, a teacher¬ís guide has been developed for each title. Readers of The Silver Boulder are invited to write to the Spaldings. They will receive a personal reply on a postcard that is the first in a collectable series. Andrea and David Spalding have published numerous children¬ís and nature books. Their love of animals and a longing for wide-open space brought them to Canada from England in 1967. The Spaldings have three adult daughters and six grandchildren. They live on Pender Island, B.C.