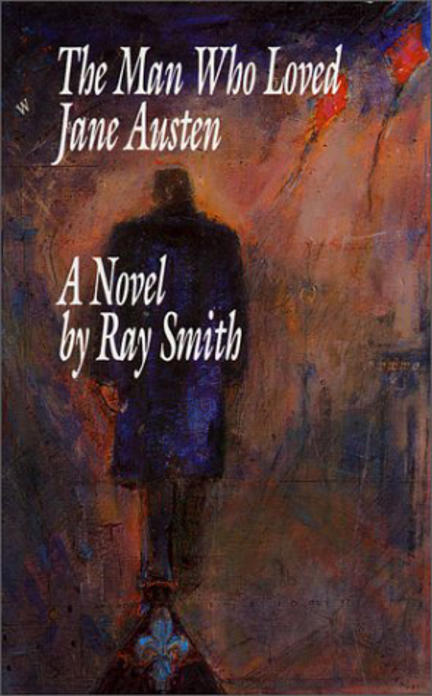 After fictional excursions abroad to Germany, France, Scotland, Italy, Africa, and Australia, and back to the 1920s, the nineteenth century, and the Middle Ages, Ray Smith has come home to English Montreal in the 1990s. The Man Who Loved Jane Austen is a penetrating story of a Montreal with only the lingering effervescence of its past, a Montreal of loss, or regret, of sadness. A Montreal where nationalism corrodes every event, every relationship, every soul. A Montreal of lies and betrayal.

Smith's work combines astonishing inventiveness with a warm and gregarious humanity. His first book, Cape Breton is the Thought Control Centre of Canada (1969, reissued by The Porcupine's Quill in 1989), burst upon a largely uncomprehending world in an explosion of post-modernist experimentation and whimsy. The novel, Lord Nelson Tavern (1974) is an odyssey of love and friendship; it conceals its equally innovative structures behind a surface reality of poignant characters and memorable incidents. Smith again extended his range with Century (1986), a novel which explores the horrors and beauties of the modern world. His most recent book, A Night at the Opera (The Porcupine's Quill, 1992), is an exploration of the preposterous German city of Waltherrott, a delightful cavalcade of fools and knaves, grouches and maniacs, frumps and tarts, heroes and clowns.

'From the top-heavy bureaucracy of Quebec's floundering education system to anglo angst and the slow but certain death of Montreal, Smith reaps a sort of harsh literary revenge on all he sees wrong with contemporary life in this city.'

'What makes The Man Who Loved Jane Austen Smith's best work is the success with which he subordinates his formal preoccupations to his characters and to his story which, in its propulsive inevitability, is no less heartwrenching and, ultimately, devastating.'

'Watching the social forces around Frank buffet him into what to most would be an unthinkable position is watching a great tragedy unfold. All along, the reader in her ironic position can see the injustices and the scams, and rage against them, against Frank's passivity now played out to a ridiculous extreme. Can it really be that Frank is a metaphor for the anglo in Quebec? Surely we are not so passive, so infantile, so other? Even if the villains are caricatures, even if the events seem too convenient at times, there is enough in The Man Who Loved Jane Austen to shock us into uneasy recognition of the anglos' complicity in their own oppression.'

'The Man Who Loved Jane Austen is a slow, inexorable slide into pain and loss. What makes following this decline worthwhile is Smith's exacting prose. He captures Montreal in all its beauty and turmoil, he captures academic life and family life.'

'This is a novel worth reading for the human story at its core. Frank might be an infuriatingly flawed Everyman, but his attempt to keep his precarious world together rings true.'

'Throughout the novel sombre subject matter is skillfully offset by dry humour, creating a sense of balance. It is from this place of equilibrium that Smith moves us with a well-told story of a man's personal struggles, while engaging us with astute social commentary on anglophones who call Montreal home but who stay ''with the gas tank full''.'

The Montreal Review of Books

'... Smith has written some of the most truly original books ever published in this country. It's hard to think of another writer we have who has pushed the form of the novel as far, and few whose best work so demands our attention.'