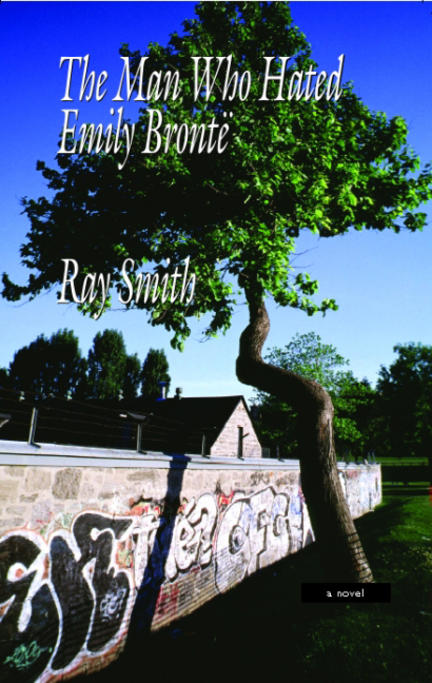 Hired to teach in a junior college, Will Franklyn has come to Montreal expecting a life to proceed much as it had in Nova Scotia where he grew up, or in Edmonton or Edinburgh where he studied. But 'in Quebec everything -- all law, all logic, all human behaviour -- is topsy-turvy.' Trusting and bemused, Will manages -- just -- to stay sane in the midst of lunacy.

In this novel, a companion to his sombre The Man Who Loved Jane Austen, Ray Smith demonstrates once again that he is a master of comic fiction, leading us a merry chase round the mountain. The familiar places are there -- Schwartz's, the St. Viateur Bagel Shop, the Big O -- but lurking behind every familiar certainty is the unexpected, the bizarre, the topsy-turvy.

'Hired to teach in a junior college, Will Franklyn has come to Montreal expecting life to continue much as it had done in Nova Scotia, where he grew up, or in Edmonton or Edinburgh, where he studied. But ''in Quebec, everything -- all law, all logic, all human behaviour, is topsy turvy.'' The book touches on several themes, including the preparations being made for a conference on an Icelandic Saga to be held in Iceland, lesbianism, sex change, impotence, and prostitution. All these elements are interspersed into the normal college routine during the academic year. Will is the sanest, most grounded character in the book. His colleagues in the English department all have their peculiarities, some more so than others. In the end, true love prevails for only one couple, and as everything comes to a surprising head after the conference, Gudrun, the Icelandic Ice Maiden, proves herself the seer she has claimed to be from the outset. As with most comic fiction, this is a lighthearted look at many deeper issues. Author Ray Smith, whose previous books include The Man Who Loved Jane Austen, has demonstrated once again that he is a master of the genre. As he leads us from reality into the absurd, his writing provokes outright laughter on many occasions. Some readers may be offended by the description of a sex change in progress and other sexual content. This caveat aside, I would recommend the book -- although I am still not sure what the connection to Emily Bronte is!'

'The Man Who Hated Emily Bronte may not be your ideal neighbour, but he needs to be invited to the party.'

'... Smith has written some of the most truly original books ever published in this country. It's hard to think of another writer we have who has pushed the form of the novel as far, and few whose best work so demands our attention.'

'Will Franklyn was a last-minute hire at a small college in Montreal. As an expert in Western Prairie Literature, he fully expected to teach a literature course, but instead is given a grammar course. It is a disappointment, but it is still a job. Yet, what should have been an ordinary teaching job in the English Department becomes a strange and unexpected adventure of unpredictable events. Repeatedly, people try to help him by reminding him that he is no longer in Alberta, but is now in Quebec, where the only way to remain sane is to be mad, not to reason or question, but to go along with the flow. The advice does little to ease his dismay and does nothing to help him understand just what it is he has got himself into. After his inauspicious beginning at the college, life only gets worse. His landlady, who is also his boss, is weird in the extreme, his friends have no loyalty, his office mate relentlessly abuses him and he falls in love with a beautiful woman who keeps putting him off. Life in Alberta with its stability fades from reality into a dream as his new life in the east tries to hammer and pound him into its mould.'

'Comic novels like this one are hard to pull off. A lot of writers have failed miserably. The secret, which Smith has obviously figured out, is not to worry about making your characters or your story too broad. If you're writing a farce you want to keep everything, and everybody, three or four steps removed from reality. ... So crack open The Man Who Hated Emily Bronte, limber up your cheek muscles, and prepare to laugh. Because once you start, you won't stop.'

'Notwithstanding the downbeat and brooding quality of his previous novel, The Man Who Loved Jane Austen, Smith is essentially a comic novelist, and he is at his sharpest when he adopts the mode of the satirist. The sections of the book dealing with the college faculty, in which the author lampoons notions such as ''object-oriented course structures'' (which, amongst other things, try to advance the thesis that Irving Layton and Leonard Cohen -- the most priapic poets in Canadian literature? -- are actually gay), recall the academic novels of Kingsley Amis and David Lodge. And the depiction of Marie-Claire, the French-Canadian ''Ministre de la matrimonie et patrimonie sublime de la nation'' is reminiscent of Mordecai Richler at his most trenchant.'