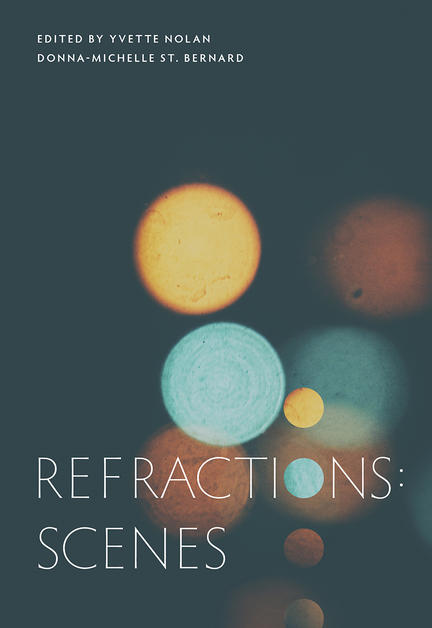 Refractions: Scenes is a collection of scenes from diverse contemporary works by Canadian playwrights that reflect the country’s artistic landscape through a breadth of themes, styles, cultures, regions, and creative practices.

Yvette Nolan is a playwright, dramaturge, and director. In 1996, she was the Aboriginal Writer-in-Residence at Brandon University, where she wrote the first draft of Annie Mae’s Movement. Her other plays include BLADE, Job’s Wife, Video, the libretto Hilda Blake, and the radio play Owen. She is also the editor of Beyond the Pale: Dramatic Writing from First Nations Writers and Writers of Colour and co-editor of Refractions: Solo and Refractions: Scenes. She was the president of Playwrights Union of Canada from 1998–2001, and of Playwrights Canada Press from 2003–2005. Born in Prince Albert, Saskatchewan to an Algonquin mother and an Irish immigrant father, raised in Winnipeg, Manitoba, she lived in the Yukon and Nova Scotia before moving to Toronto.

Other titles by Yvette Nolan

Beyond the Pale, revised edition

Dramatic Writing from First Nations Writers and Writers of Colour