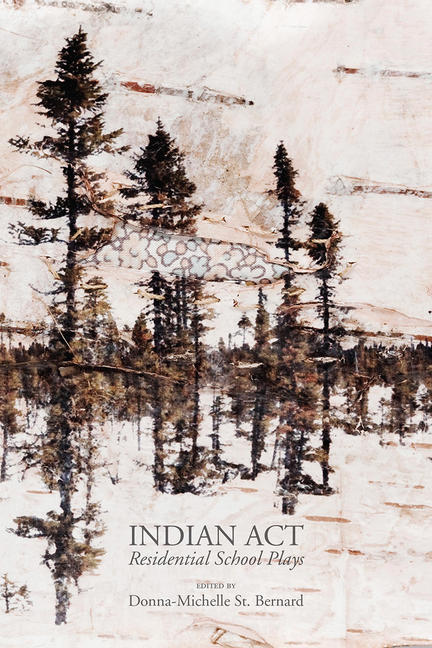 Indian Act is a tribute and thank you to those who survived the Indian Residential School system so that future generations could be free to pursue their lives unhindered by educationally enforced lowered expectations and institutionalized abuse. Seven plays by contemporary First Nations and Metis playwrights cover the broad scope of residential school experiences, all kinds of characters, and no stereotypes, giving voice to those who could not be heard.

Daniel David Moses, playwright and poet, is a Delaware who was born at Ohsweken, Ontario on the Six Nations lands. Now living in Toronto, he writes and works with Native and cross-cultural organizations. He is the author of Coyote City, nominated for the 1991 Governor General's Award for Drama, and The Dreaming Beauty, Big Buck City, Almighty Voice and His Wife, and The Mite Lines, a book of poetry. He is co-editor with Terry Goldie of An Anthology of Canadian Native Literature in English.

Falen Johnson is Mohawk and Tuscarora from Six Nations. She is an actor, playwright and emerging dramaturg. She is a graduate of George Brown Theatre School. Selected theatre credits include: The Only Good Indian with Turtle Gals Performance Ensemble, The Triple Truth, Savage, Strong Medicine, Death of a Chief, A Very Polite Genocide, and Tombs of the Vanishing Indian all with Native Earth Performing Arts. She has also been seen in The Ecstasy of Rita Joe, a co-production between Western Canada Theatre and the National Arts Centre. Recently Falen was seen in The River with Nakai Theatre as well as Tout Comme Elle, a co-production between Necessary Angel and Luminato, and in Where the Blood Mixes with Saskatchewan Native Theatre.

Other titles by Daniel David Moses

A Small Essay on the Largeness of Light and Other Poems

The Exile Book of Native Canadian Fiction and Drama

Pursued by a Bear

An Anthology of Canadian Native Literature in English

Other titles by Falen Johnson