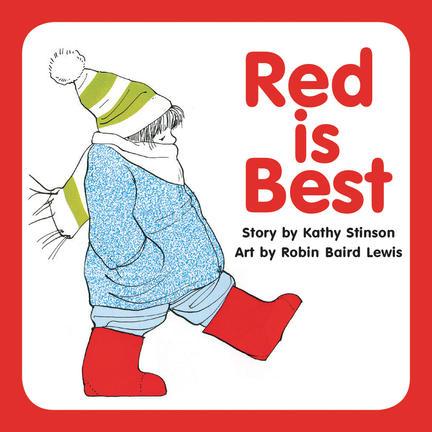 The little girl in this simple but exuberant story knows that red barrettes are best, “because they make my hair laugh.”

About the Annikin Series: Annikins are mini books made especially for children—small enough to fit into tiny hands and pockets. Each book measures 3 1/2" x 3 1/2" and contains full color pages.

“A great deal of fun to read with preschoolers.”

In this modern classic a little girl explains to her mom and readers how red mitts make better snowballs, red boots take bigger steps and red pajamas keep monsters away. And why is this so? Well naturally, red is best! Originally published in hardcover and paperback in 1982, by Annick Press (Our Choice 1983/1984).