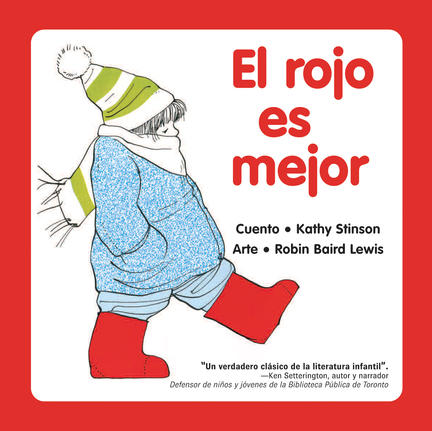 The beloved children’s classic that proves no color is finer than red, now available in Spanish.

This timeless tale of one child’s deeply felt preference for the color red has been marching its way into the hearts of readers around the world for over 30 years. Now available in Spanish, this edition also includes the “behind-the-scenes” introductions from the author and illustrator that were included in the 25th anniversary edition of Red is Best.

The Man with the Violin