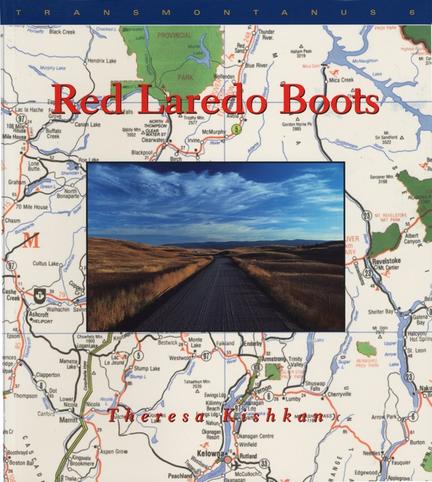 As a girl growing up in British Columbia, and now as a mother with a family of her own, Theresa Kishkan has travelled and camped the length and breadth of the province. In these lyrical essays describing her journeys, Kishkan brings to life a landscape impregnated with history and memory, from the Skeena Valley in the north through the dry plateau of the Nicola Valley to Saltspring, Bella Coola, and the west coast of Vancouver Island.

Red Laredo Boots is Number 6 in the Transmontanus series.