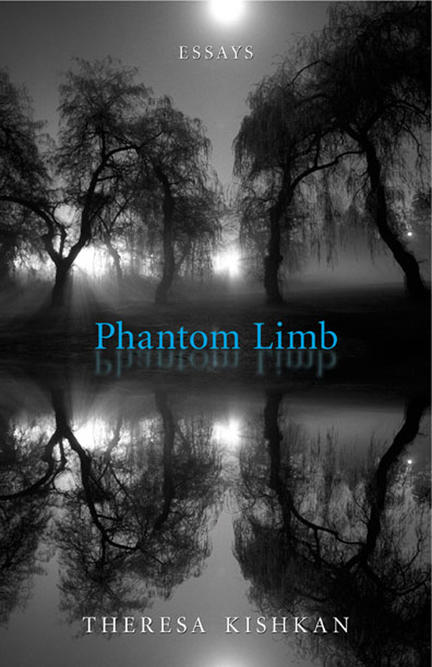 Every now and then, readers find themselves fortunate enough to come across a writer whose work fits their lifestyle and belief systems so well that the relationship between writer and reader seems familial. Though geographically estranged, perhaps, it’s as if both author and reader hail from the same town, studied under the same teacher, and spent the long, warm evenings of summer hanging feet off the dock, side by side. Reading the work is like reconnecting with an old friend. Only pages in, there’s a comfort level with the diction and style, a familiarity with words even though the reader finds them surprising, delightful. So it is with Theresa Kishkan and Phantom Limb (Thistledown Press, 2007), a collection of 15 short essays that span Kishkan’s British Columbia while also venturing afield to places like Utah and Ireland. Like Alison Hawthorne Deming and Scott Russell Sanders, Kishkan writes from a core of earth-based wisdom—a common sense that speaks to community, conservation, and compassion. She is a liberal essayist in the base and best definitions of the word: “free from prejudice or bigotry; tolerant” and “given freely or abundantly; generous” and “not strict or rigorous; free; not literal.” I am drawn to people with an environmental and community ethic, who believe in family and realize that family takes many forms, and who value free thought and the right to express thoughts in eloquent and sometimes daring, even painful ways. Kishkan is this type of person, I am sure, because the essays collected in Phantom Limb are full of the experiences, wonderfully told, of a woman discovering herself and her place among environments and cultures that cannot help but define her.

In “Autumn Coho in Haskins Creek”—the first essay—for example, she writes, “Although our lives change, loved ones die—several good friends, a neighbor, and even one of the dogs who watched the fish with us last year died in the spring, her body now buried under old cedars in our woods—we need the constancy of place to anchor ourselves like a small boat in wild waters.”

The fifteen essays gathered in Phantom Limb provide a satisfying resting and reading place for those of us Kishkan fans familiar with her other work, the poetry and fiction, and particularly the earlier collection Red Laredo Boots (New Star, 1996). It is also a useful starting place for those first encountering her distinctive voice, careful/ care-filled and apparently casual at once, and the topics that range from familiar close-ups of nature (“Autumn Coho in Haskins Creek,” and following), through the self-parodic humour of family reminiscences in “Laundry,” to the quiet but deeply moving account of the life and death of their dog Lily in the title essay.