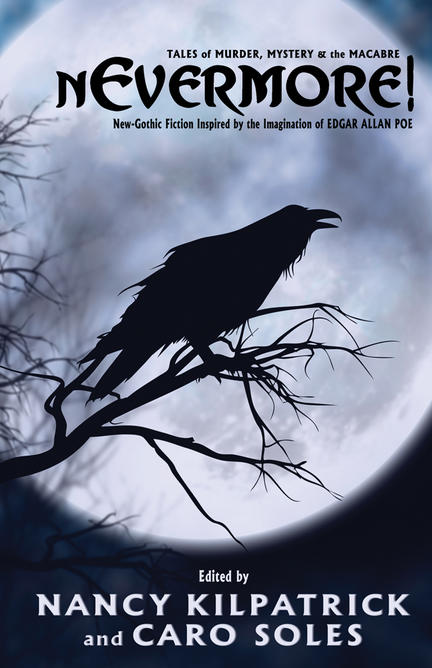 Dedicated to master dream-weaver, Edgar Allan Poe! nEvermore! Tales of Murder, Mystery and the Macabre is an homage to the great American writer, the incomparable Edgar Allan Poe, and a must-have for every fan of his work.

BONUS #1 "The Opium-Eater" by David Morrell
Previously unavailable in print, now included here for the first time...... The Opium-Eater by the New York Times best-selling author, David Morrell, recipient of three Bram Stoker awards, finalist for an Edgar and Anthony award, winner of a Nero and Macavity award, and recipient of the Thriller Master award from the International Thriller Writers organization.

BONUS #2 "Edgar Allan Poe, Genre Crosser" an essay by Uwe Sommerlad
This essay adds an historical dimension to nEvermore! as it enlightens readers to the fact that Poe's oeuvre went far beyond his fame as a writer of dark fantasy and supernatural tales. This well-researched essay traces the powerful influence of Poe in the literature of other countries as well as in the English speaking world. Poe is the father of the modern mystery story, but Sommerlad shows that Poe's reach extends to realms as diverse as science fiction and romance. nEvermore! is a blend of what Poe imagined, a genreless world of unique stories and re-envisionings.

Caro Soles's novels include mysteries, erotica, gay lit, science fiction and the occasional bit of dark fantasy. She received the Derrick Murdoch Award from the Crime Writers of Canada, and has been short-listed for the Lambda Literary Award, the Aurora Award, and the Stoker Award. Caro lives in Toronto, loves dachshunds, books, opera and ballet, not necessarily in that order.

"nEvermore! is not a collection for the faint-hearted, but it is one for the fans of Edgar Allen Poe, or for his style at least, of macabre tales, murder, and mystery. Most of the tales are linked to, or inspired by, one of Poe's stories and are quite varied. Recommended for those who enjoy the gothic fiction genre.
Recommended. "
— CM Magazine

"Poe accomplished what only the greatest writers are capable of achieving: the creation of a world. His was a world of twisty tales and dark comeuppances, his people haunted by the past and love denied. And this is what you'll also find in nEvermore!: Tales of Murder, Mystery and the Macabre, a world of its own authored by a talented crew who have fallen under Poe's spell and brought chilling and distinctive documents back with them. Pleasures abound."
— Andrew Pyper, author of The Damned and The Demonologist

Other titles by Caro Soles

Dancing with Chairs in the Music House

Other titles by Kelly Armstrong