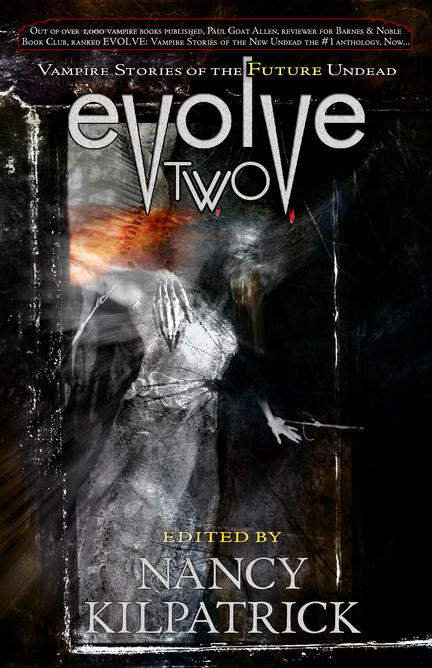 The vampires of the future are more than seductive, fascinating, and deadly, they are eternally undead!

Meet the eternal predator that humanity never ceases to find both fascinating and terrifying. Evolve 2: Vampire Stories of the Future Undead moves this creature beyond 2012, through this century and into the next. We humans will evolve, but so will they! Whatever apocalyptic events that lie ahead for our species, for the planet, vampires will be there too, helping or hindering, effecting or infecting us. Time is on their side, but it may not be on ours. Featured authors include: Tanith Lee, Kelley Armstrong, John Shirley, Thomas Roche, Silvia Moreno-Garcia, Heather Clitheroe, Erika Holt, Ivan Dorin, Michael Lorenson, Jason Ridler, David Beynon, Eileen Bell, Peter Sellers, Sandra Wickham, William Meikle, David Tocher, Leanne Tremblay, Ryan McFadden, Steve Vernon, Bev Vincent, Anne Mok, and Sandra Kasturi.