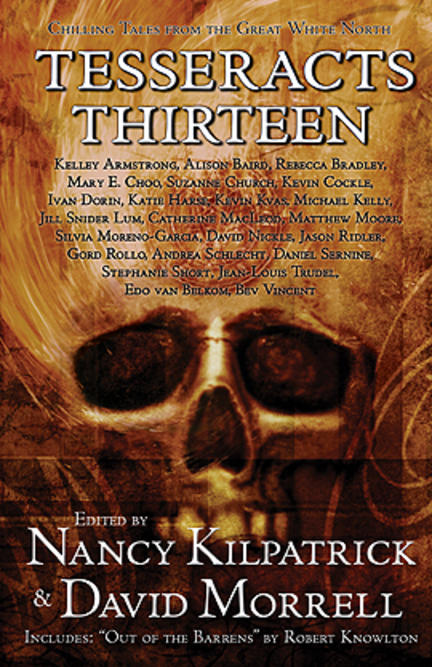 Tesseracts Thirteen invites you to delve into literature's shadowy side!

This, the newest and most unusual of the popular and award-winning Tesseracts anthologies, utilizes the mysterious and bewitching number 'thirteen' to explore a new realm of innovative, thought-provoking and disturbing fiction. Award-winning authors and editors Nancy Kilpatrick and David Morrell have unearthed twenty-three stories of horror and dark fantasy that reflect a mélange of Canada's most exciting known and about-to-be known writers. These eerie-genre tales range from the unsettling to the sinister. Inside you will find stories featuring:

Expert-in-the-field Robert Knowlton provides a fascinating and detailed overview of the history of horror and dark fantasy writing and publishing in Canada.

David Morrell is the award-winning author of First Blood, the novel in which Rambo was created. He was born in 1943 in Kitchener, Ontario, Canada. In 1960, at the age of seventeen, he became a fan of the classic television series, Route 66, about two young men in a Corvette traveling the United States in search of America and themselves. The scripts by Stirling Silliphant so impressed Morrell that he decided to become a writer.