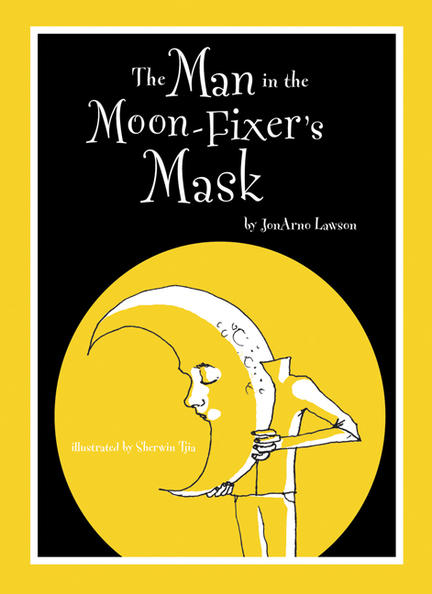 Destined to be a bedtime read-out-loud favourite, this highly accessible but unusual book of wordplay fun for children brings back to life the long lost oddball spirit of the best of Ogden Nash and Hillaire Belloc. It brims over with a love of language - teasing the tongue without twisting it."I liked these poemsAnd you will, tooSo buy this bookAnd read it through" -Robert Munsch

Sherwin Tjia is a Montreal-based poet, painter and illustrator. He is the author of Gentle Fictions, Pedigree Girls, and The World Is a Heartbreaker (a finalist for the A.M. Klein Poetry Award). The Hipless Boy, a collection of short, interconnected stories told in graphic novel form was a finalist for the Doug Wright Award and for four Ignatz Awards. His most recent offering is an interactive adventure style book told from the point of view of a housecat entitled, You are a Cat! In his spare time, he organizes Slowdance Nights, Love Letter Reading Open Mics, Crowd Karaoke singalongs, and Strip Spelling Bees as Chat Perdu Productions. His invention, The E-Z-Purr, a CD with over an hour of cats purring, is available for download from CD Baby.

Over the Rooftops, Under the Moon

Other titles by Sherwin Tjia

You Are Alice in Wonderland's Mum!

You Are a Kitten!

You Are a Cat in the Zombie Apocalypse

You are a Cat!

The World Is a Heartbreaker