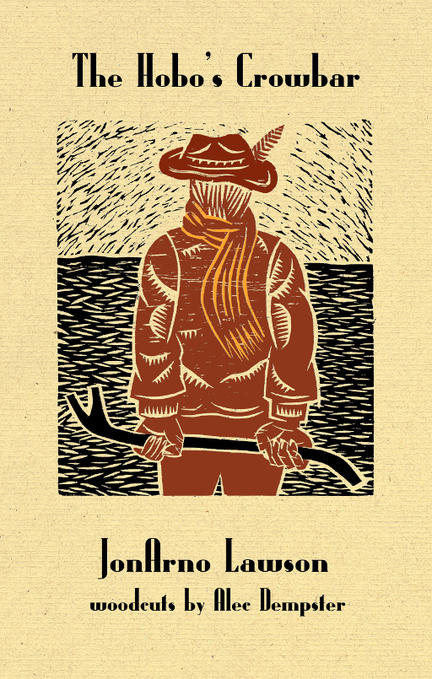 Alec Dempster was born in Mexico City in 1971 but moved to Toronto as a child. In 1995 he moved back to Mexico and settled in Xalapa, Veracruz, where his relief prints eventually became infused with the local tradition of son jarocho music. Alec's conversations with rural musicians, presented along with thirty linoleum portraits, have been published recently as Faces and Voices of Son Jarocho. He has produced six CDs of son jarocho recorded in the field but is perhaps best known for his two loter&iacutea games – El Fandanguito, Lotería de Sones Jarochos, and the Lotería Huasteca – which include over a hundred prints. He has had solo exhibitions in the United States, Canada, Mexico, France and Spain. Alec now lives in Toronto. His own son jarocho group, Café Con Pan, has recorded two CDs, the most recent being Nuevos Caminos a Santiago. They are currently the recipients of a Popular Music grant from the Ontario Arts Council.

Under a Billboard at Bathurst and Eglinton

Under a billboard at Bathurst and Eglinton
Using nothing but my eyes
I bought some clouds?
Because they were big and self-sufficient

but I bought them too for protection?
Since a friend of mine
Once safely walked this same street
under similar clouds

They passed over the same sidewalks she passed over
But the past can't be touched, and you can't touch clouds
And there's something wrong inside me
and the clouds might solve it . . .

I bought them also because they're grey without being depressing?
And slow, but not in a way that makes me impatient
Because having nowhere to be or go
Doesn't stop them from being or going

He Just Happened, She Occurred

She implied, he inferred
She decided, he concurred
He was frightened, she was stirred
She got well, he was cured

She was voice, he was word
He encouraged, she deterred
He was tree, she was bird
She made obvious, he obscured

She objected, he observed
She subjected, he served
He upset, she unnerved
He just happened, she occurred.

Why, at this point, would anyone want to make history? Humans have been making history for 10,000 years?the time has come to make something else.

A bird-watching word butcher is both word botcher and bird watcher.

The problem troubled people most often face is recognizing when there isn't a problem.

If you're really beyond it, there's no reason to behave as if you're above it.

Now when I look back I wonder why I ever looked back.

If you can't join them, judge them.

It's easy to see through people, much harder to look carefully into them.

The collection does everything poetry should do, offering fresh perspectives on the familiar while teasing the imagination.

F. Scott Fitzgerald once apologized for writing a long letter by saying he didn't have time to write a shorter one. In The Hobo's Crowbar, poet JonArno Lawson has taken the time needed to write verses that are short, witty, and a whole lot of fun.

More than six dozen free-verse poems make up the collection, some as brief as four lines but a few running the length of a page. Each poem is self-contained, and they needn't be read in order. All the entries have something to say, but it's the shorter poems that really sparkle, most of them inviting-and some demanding-immediate rereading to enjoy the full effect.

The collection does everything poetry should do, offering fresh perspectives on the familiar, teasing the imagination with doors that open to a variety of interpretations, and delivering verses that sing with a syntax all their own. Lawson is a master word-picker, and whimsical wordplay shows off his skill to advantage.

Language is never just a vehicle to an idea or image, but is a destination in itself. A poem called "Is It?" creates a series of cleverly confusing constructions based on the two words of the title, tangling each stanza into the one that follows in a way that purposely creates a delightful muddle.

Most of the poems are lighthearted, and vibrant with cockeyed imagery. In one, a duck wears a tux; in another, a nanny as thin as a pin drives a ninny and her mini granny to a local inn; and while Adam weeps as they're expelled from Eden, Eve, being shrewd, keeps the seeds in her cheeks. Below the frothy surface, many of the poems offer something more, like the four-liner that goes, "Part of the fun's resisting / Part of the fun's giving in / Part of the fun's life insisting that / we do it again and again."

The book is gift-worthy and visually appealing, printed on heavy paper in a color scheme of espresso and café au lait. Nineteen woodcuts by the talented Alec Dempster echo the playfulness of the poems and manage to capture not only the images conjured by the verses, but their emotional atmosphere as well.

While the poems are a wonderful way to expose younger audiences to the flights of imagination words make possible, kids should not have all the fun. The Hobo's Crowbar knows no age limits.

'Playful rhyme and whimsical wordplay may be at the forefront of readers' minds after a first reading. But, a second and deeper look of The Hobo's Crowbar will reveal Lawson's incredible clarity of life. His poignant reflections shatter our individual perspectives and illustrate the larger workings we often don't see at play.... The Hobo's Crowbar holds within its pages a challenge to take a closer look. Dare to do so.'

'The Hobo's Crowbar brims with angular, burnished rhythms, its rhymes boozy, like fortified wine. His lustrous poems tend to live in a queer Neverland touching all times equally, an impression assisted ably by Alec Dempster's woodcuts, the art suggestive of a folksy past in ected by Modernism.... This quality isn't exactly timelessness, for his poems are made in the now, as informed by contemporary poetics as they are by the past, but it does animate the poems with an ineffable something that somehow gives the impression of both the ancient and the contemporary....'

Lion and the Unicorn Award citation

'We all engage in some sort of wordplay in our everyday lives. But when words are put into an order to cause us to ponder for a moment, that is a real treat for our minds. And if those words are accompanied by gifted illustrations, then our minds are truly enlightened. And if that complete book is published in a dedicated and well-crafted manner, then it is a truly gifted read. That is exactly what JonArno Lawson and Alec Dempster have done with The Hobo's Crowbar....'

The Library of Pacific Tranquility

Other titles by Jonarno Lawson

Other titles by Alec Dempster