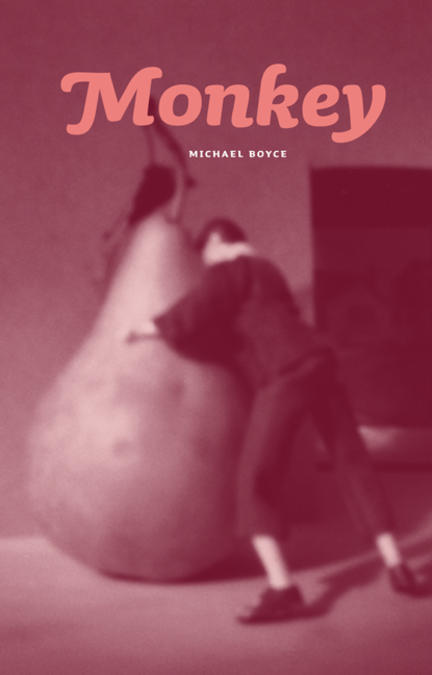 Monkey is a post-cubist deconstructionist kung fu story told in a lyrical children's-book-like style. Author Michael Boyce explores organic vs. abstract disciplines, improvised vs. scripted practice, personal vs. institutional power, friendship vs. partnership, and the difference between being a free agent and being one on retainer. A debut novel that questions the machinations of analysis and strategy when mixed up with desire and how this mixing effects personal relations and personal identity, Monkey is a brilliant achievement, one pleasing to an audience which delights in literature as art form, in psychology, philosophy, social and political thought, the philosophy of martial arts, action movies and comic books.

Michael Boyce was born in Ottawa, grew up in New Brunswick, and lived in Toronto and Montreal for many years. When he was kicked out of high school he turned to music, literature and film as a means of education and self expression. After earning a Ph.D. in Humanities from Concordia/McGill Universities he concentrated on independent video production. Then he wrote a novel - Monkey, from Pedlar Press. Now he writes, mostly. Boyce is Irish Catholic/Scottish Presbyterian by lineage and Pagan/Taoist by nature.