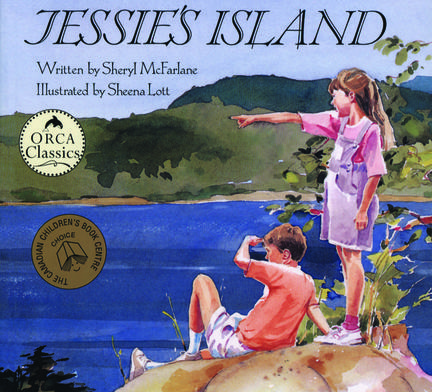 With a long list of activities and events to attend, Thomas paints a picture of city life which makes Jessie's world seem a little dull in comparison. When her mother suggests they invite Cousin Thomas to visit their island, Jessie wonders glumly what she could possibly write in her letter that would sound as exciting as zoos, planetariums or video arcades. But as Jessie looks out over her island home, she sees a world of endless variety, from killer whales in the strait and bald eagles soaring overhead to anemones and tiny hermit crabs on the shore. She thinks of countless days spent exploring, fishing, swimming and canoeing. Now, as she bends over her letter to her cousin, Jessie knows exactly what she will write. Told with lyric simplicity, this story is more than a celebration of West Coast life; it is also a reminder of the joy of childhood and the thrill of discovery. In a time when our children's entertainment has become increasingly formal and high-tech, Jessie's Island reminds us of the joy of unstructured play and the pleasures to be found in the natural world around us.