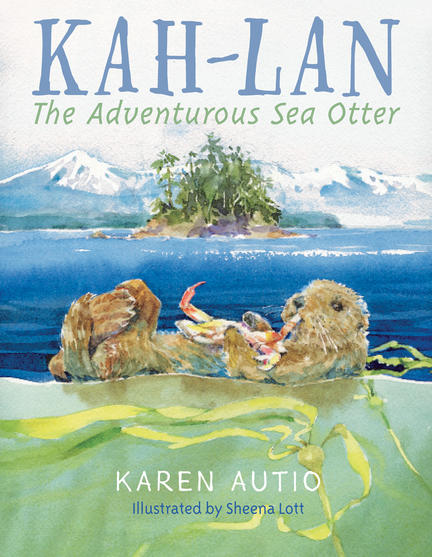 Young sea otter Kah-Lan is hungry. He is sure there are big crabs near the point, but his mother won't let him out of her sight. One day he sees his chance. Soon he and his friend Yamka are swimming around the point—right into danger! Will they ever make it back home?
The heroic travels of two dynamic and realistic sea otter characters are a wonderful introduction to sea otters and the human activities that threaten them. Warm and appealing illustrations by Sheena Lott and a triumphant ending will inspire readers to learn more about these remarkable animals.

KAREN AUTIO was born in Thunder Bay, Ontario, and grew up creative and horse-loving in nearby Nipigon. Around the age of nine she began writing stories just so that she could illustrate them. Karen believes one of the best parts of writing is when her characters become “real” enough that they start directing the story! When she’s not writing, freelance editing, or presenting to students about the research and inspiration behind her books, Karen enjoys canoeing, photographing nature, reading, and travelling. Karen lives in Kelowna, British Columbia. Visit her at www.karenautio.com.

Other titles by Karen Autio

Kah-Lan and the Stink Ink

Growing Up in Wild Horse Canyon