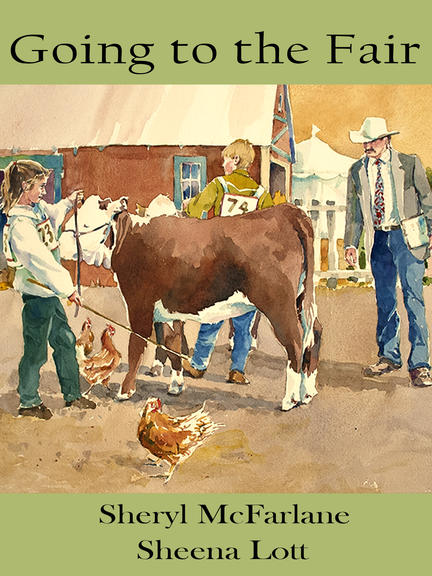 Everyone loves going to the annual fall fair. There are clowns, farm animals, sticky cotton candy and antique tractors on display. Erin can't wait to meet up with her friends at the fair grounds. And, if she's lucky, she may even win a prize ribbon for her giant pumpkin! Going to the Fair is a picture book invitation to visit the annual fall fair anytime. McFarlane's appealing, rich text is complemented by Lott's realistic watercolours that capture all the joy and excitement of a rural fall fair. Recommended reading ages 4-8