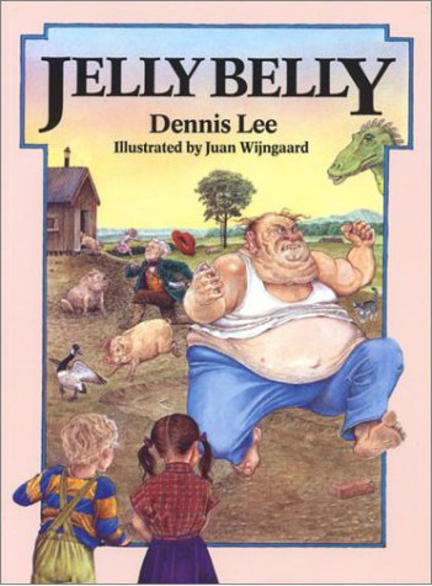 The delightful collection of children's poetry as you remember it, by the author of Alligator Pie, and illustrated by Juan Wijngaard.
Originally published in 1983, Jelly Belly tickles readers--children and grown-ups alike--with a whimsical and modern mix of humour and traditional Mother Goose charm. Almost 20 years later, Jelly Belly continues to be loved by young audiences in Canada and abroad.
This playful collection features rhymes that build on the nursery tradition, as well as interactive poems that combine actions and words in an entertaining romp. The vivid illustrations by Juan Wijngaard (winner of the 1981 Mother Goose Award) reveal wonders as readers follow the characters throughout the book and stumble upon new and fascinating visual treasures.
The poetry of Jelly Belly is the stuff of childhood--and the essence of the child in anyone who is young at heart. (2001)

JUAN WIJNGAARD worked as a children’s book illustrator after graduating from the Royal College of Art in London. He won the Kate Greenaway Medal for Sir Gawain and the Loathly Lady.

Other titles by Juan Wijngaard