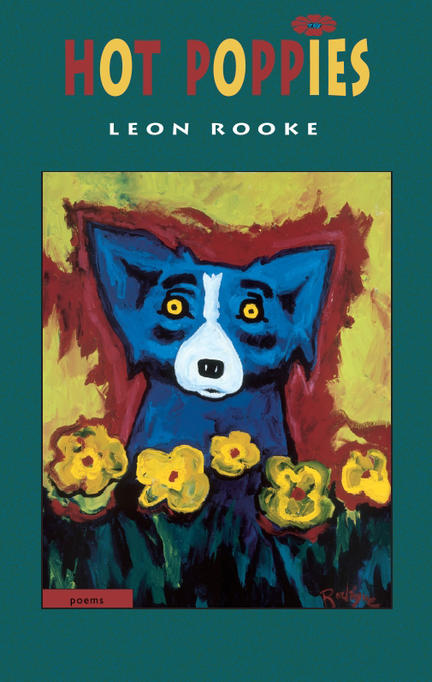 Don't suspend disbelief. Don't arrest it, curtail it, or unfrock it. Disbelief is in the fine print scratched at the bottom of Leon Rooke's literary contract. ... If we relinquish anything to read Rooke, it should be sobriety.

'Don't suspend disbelief. Don't arrest it, curtail it, or unfrock it. Disbelief is in the fine print scratched at the bottom of Leon Rooke's literary contract. ... If we relinquish anything to read Rooke, it should be sobriety.'

'Rooke's surreal flourishes and sense of humour are reminiscent of American Surrealist James Tate. In fact, Tate's work is directly addressed in two of Rooke's poems: ''Continuation of the James Tate Poem 'The Condemned Man' '' and ''Continuation of the James Tate Poem 'Peggy in the Twilight.' '' This nod to Tate is an important detail because, while readers who enjoy traditional lyric verse may find the surrealism in Hot Poppies difficult and pointless, those who love experimentation with language and images will find much to appreciate.'

'Rooke's book moves with the playful confidence and the virile language of a more mature masculinity.'

'If you are a fan of Rooke's fiction, you'll likely enjoy his poetry. Much as Don Coles seemed to spring fully formed into the late genius of a life-long novelist, Rooke has arrived with a ''first'' book of uncommon skill and voice. ... Hot Poppies is a very impressive debut.'