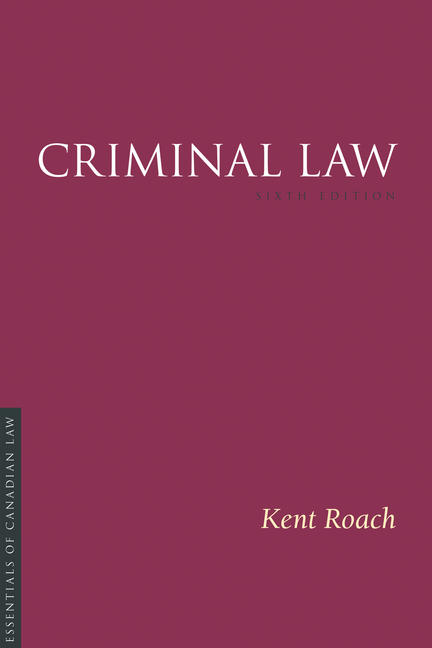 Since publication of the first edition in 1996, Criminal Law by Kent Roach has become one of the most highly regarded titles in Irwin Law’s Essentials of Canadian Law series. Professor Roach’s account of the current state of substantive criminal law in Canada has become essential reading not only in law schools but also among judges, practitioners, and others involved in the criminal justice system.

The sixth edition of Criminal Law has been thoroughly updated to include developments in the principles of fundamental justice under section 7 of the Charter as they affect the criminal law, a discussion of duress following the landmark case of R. v. Ryan, how the Court has continued to confirm common law presumptions of subjective fault for criminal offences and that regulatory offences will be treated as strict liability offences, recent decisions clarifying inchoate and party liability and the test for abandoning a crime, new statutory developments in the mental disorder defence, recent restrictions on the provocation defence, a decision on the distinction between general and specific intent offences, and recent decisions relating to mandatory sentences.