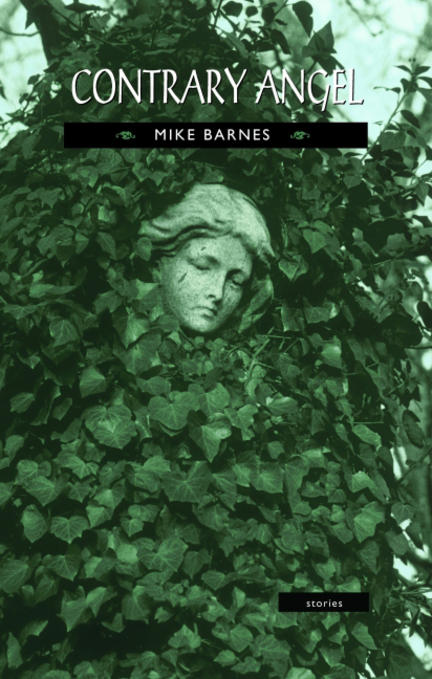 In stories of stark passion and haunting trauma, Contrary Angel finds an acute clarity in those moments when human desires meet the sorcery of the world. The stories are exuberantly diverse in both subject matter and technique, as evidenced by a few of their titles: 'Urchipelago', 'Karaoke Mon Amour', 'Cogagwee', 'Do Not Stand Outside the Grande Restaurant.' They take us from the brilliant career of the runner Tom Longboat to the comic machinations of a peeping Tom landlord. The final four-story sequence, 'Doctors', follows an Egypt-obsessed girl from a savage childhood incident through her 'running' years as an athlete, traveller, wife and doctor, culminating in a devastating encounter in an operating room in the middle of the night.

Stories from Contrary Angel have appeared twice in The Journey Anthology, twice in Best Canadian Stories, and won the Silver Medal at the National Magazine Awards.

'... every now and then we come across what we call a ''yes'' story, a story that we know we will publish no matter what else is in the batch, a story we don't even need to discuss, though we often do, if only for the pleasure of trotting out its virtues and congratulating ourselves on our great good fortune that the author thought to send it to us and not some other magazine.... Mike Barnes's ''Don and Ron'' was one such story.'

'Mike Barnes writes beautifully. His short stories are concise and beautifully constructed. The characters are real and multi-faceted. In this collection the stories are all different but engrossing and memorable.'

'Barnes's fiction combines stark realism with a surrealist edge. He paints the zany underside of working life through the development of off-the-wall yet highly believable characters. His lucid prose brings to mind Poe's Gothic horror, Hunter S. Thompson's strangeness (without the drug-craze), William Burroughs's ellipsis (without the disintegration). But it is perhaps closest to Roald Dahl's intimate exploration of human oddity and use of surprise in Switch Bitch. For instance, Barnes writes, ''A sharp-faced old woman peered out from behind the chain lock. Her chin jutted out beyond a toothless mouth, making her face seem to be collapsing on itself'' (Don and Ron). ... Though rooted in the real, these stories explore how what is unexpected seeps from the depths of consciousness and makes its way into the fiction as dark-edged surrealism. It would be a mistake to pass up this provocative, imaginative book from a rising talent.''

'... when we read his four-story sequence ''Doctors,'' we knew we had to feature it. Besides satisfying those of you who've wanted more work by one writer without its being a whole special issue, this publication should also go some way towards proving my claim: regardless of whether or not it becomes The Next Big Thing, the work of Mike Barnes is the real thing.'

'That people are fallible, confusing, and above all worthwhile, whether janitor or doctor, is a basic thread through Barnes's stories. Contrary Angel looks at the human condition with searing honesty, tempered by compassion. Barnes's eloquence is palpable. Short stories don't get much better than these.'

'Throughout both sections of Contrary Angel Mike Barnes demonstrates an in-depth understanding of the world we live in, presenting characters that prove to the reader that we all come with warts, that they're hideous, but the blemishes will never go away. Barnes knows his characters, he knows their problems and he has no qualms in presenting them to his readers in a style that is forthright and evocative. ... As a two-for-one deal, Contrary Angel can't miss.'

'Caveats aside, Contrary Angel is a worthwhile purchase. Barnes's prose is engaging and perceptive, and the book includes some of the best stories published in Canada in recent years.'