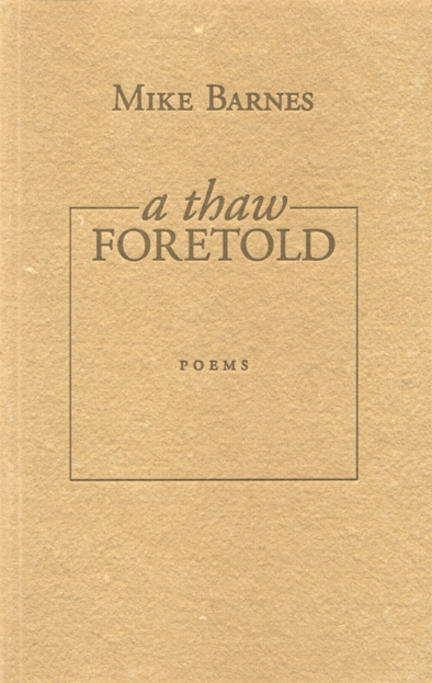 Written between one January and the next, A Thaw Foretold is a passionate exploration of themes that are as timeless and recurrent as the seasons. In language that is both precisely vivid and particular, embracing both colloquial directness and formal elegance, the poems confront the elementals of love and loss, mortality and remembrance. Longing and desolation and dread are powerfully evoked, but so, in counterpoint, are the consolations of shared happiness, comfort and hope. The suspension and tension implied by the title -- the promise of flowing water that murmurs beneath ice -- gives the sequence of poems unity as well as dynamic and propulsive momentum. The result is a collection that is richly textured, emotionally and intellectually resonant, and thoroughly compelling.