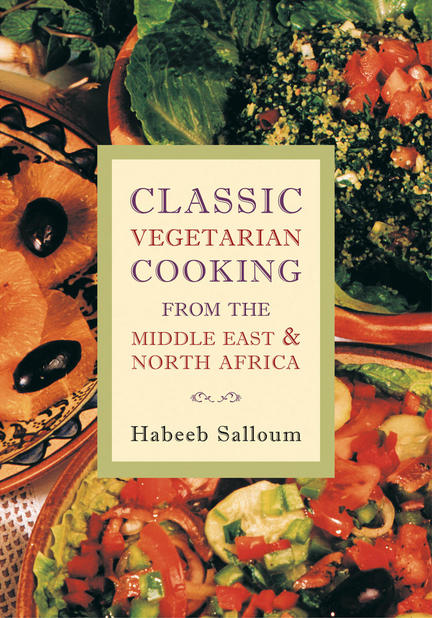 Originally the food of peasants too poor for meat, vegetarian cooking in the Middle East developed over thousands of years into a culinary art form influenced both by trade and invasion. It is as rich and varied in its history as it is in flavor—culinary historians estimate the Arab kitchen has over 40,000 dishes! Now noted food writer Habeeb Salloum has culled 330 savory jewels from this never-ending storehouse to create Classic Vegetarian Cooking from the Middle East—a rich, healthful, and economical introduction to flavors and aromas that have stood the test of time.

Habeeb Salloum is the author of many books, including Bison Delights: Middle Eastern Cuisine, The Arabian Nights: From Lamb Kebabs to Baba Ghannouj, From the Lands of Figs and Olives, and Classic Vegetarian Cooking from the Middle East and North Africa. His awards include the Gourmand Best in the World Prize for Best Arab Cuisine Cookbook and the Cuisine Canada Prize. He lives in Toronto.

Other titles by Habeeb Salloum

The Scent of Pomegranates and Rose Water

Arab Cooking on a Prairie Homestead

Recipes and Recollections from a Syrian Pioneer (New Edition)

Foods of the Medieval Arab World