Nominated for the Governor General's Award for Children's IllustrationVivid writing and luminous art combine to tell a modern ..."> 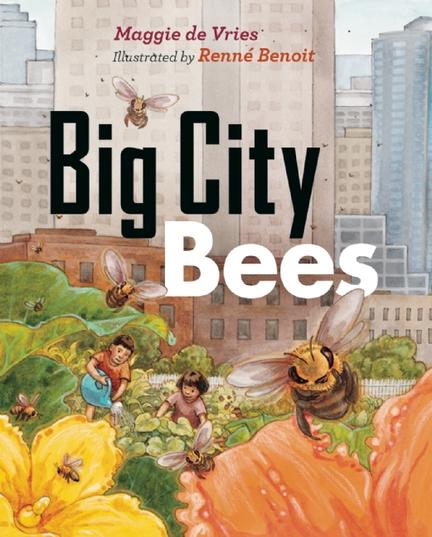 Vivid writing and luminous art combine to tell a modern story that introduces young readers to the wonders of bees For city kids like Sophie and Matthew, growing pumpkins is a big thrill.

But they're worried. They know they need bees to make their pumpkins grow. But will the bees find their garden? Are there even bees in the city?

So one day, Grandpa and the children set out to look for bees. They arrive downtown just in time to see something amazing: a buzzing ball of bees hovers from the branch of a nearby tree. And high on the terrace of a towering hotel are four brightly coloured beehives!

For Matthew and Sophie, this is the beginning of an exciting adventure. All summer they tend their plants, eagerly watching as their seeds sprout and turn into shoots, then vines and leaves. But they're still worried. Will the bees come when they're needed?

Finally, the golden pumpkin flowers appear among the leaves. The female flowers will be open for just one day, and Matthew and Sophie arrive at the garden early in the morning to wait and watch. Will the bees arrive in time to pollinate the plants?