Reflecting on the career of a prominent poet, this biography focuses on Canadian wordsmith Barrie Nichol—more ..."> 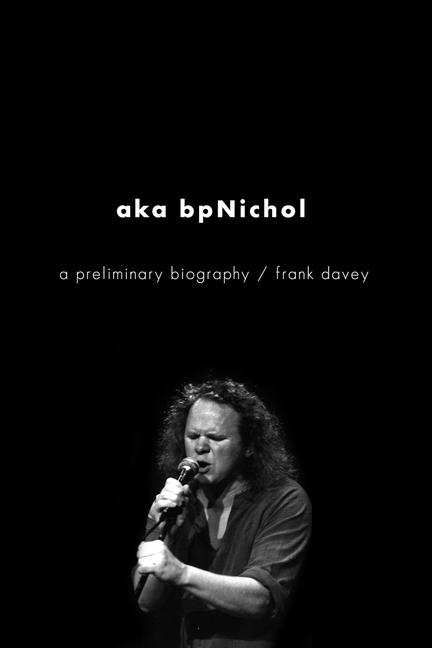 P style="MARGIN: 0in 0in 12pt" class=MsoNormal>Reflecting on the career of a prominent poet, this biography focuses on Canadian wordsmith Barrie Nichol—more commonly known by his pen name, bpNichol—who was a practicing lay psychoanalyst and vice president of one the largest and long-lasting North American communes for more than a decade. Recognizing his international influence as both a visual and sound poet, Nichol’s literary achievements are reviewed, including The Martyrology—a renowned, seven-volume poem—four novels, two musical comedies, six children’s books, hundreds of hand-drawn visual poems, and even 10 episodes of Jim Henson’s hit television series Fraggle Rock. Penned by one of Nichol’s numerous literary collaborators, this account reveals the close connections among the writer’s various activities, particularly how the autobiographical inquiries and Freudian dream theory linked with the young poet’s biographical self-awareness. The book demonstrates how the Subject’s main psychoanalytic client was his own writing, following Nichol as he explored its slips, accidental puns, and “unintended” meanings and implications for the communal future of the human species—both in high literature and comical prime time television.

"The portrait . . . that emerges from Davey's book of bpNichol is one of a deeply troubled, deeply serious artist, husband and man who opened windows of endless possibilities for the Language we use and take mostly for granted." —Saskatoon Star Phoenix (January 19, 2013)

"[Davey provides] a compelling contribution to bpNichol scholarship and fine detail to the life of a well-loved Canadian artist." —www.dragnetmag.tumblr.com

"aka bpNichol is an important reference work for present and future generations." —The Globe and Mail (November 2012)