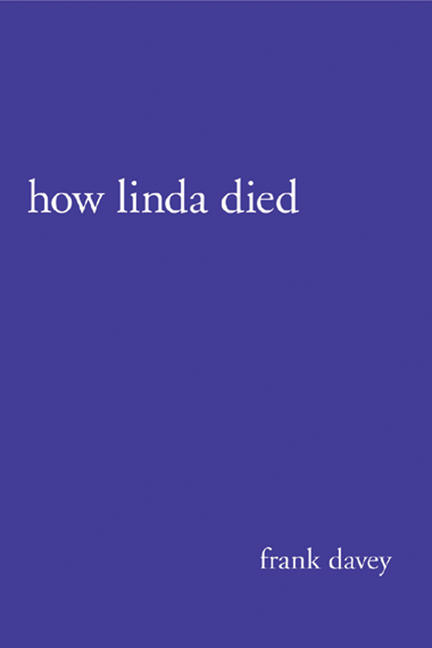 Writing with a stark, self-questioning tone, author Frank Davey recalls the last year of his wife Linda’s battle with an inoperable brain tumor. Through Davey’s detailed daily journal entries, this book provides a sober, uncompromisingly direct account of a family’s struggle to help make their loved one’s time more comfortable. Composed of moments in which ugliness and tenderness intertwine, it shows how the devastation extends to the family, making them question their own memories as they watch a once-vital woman unravel. Davey describes the demons of a past Linda can no longer share. Davey also comments on the frustrations of dealing with today’s underfunded and disorganized health care and presents the struggle to maintain dignity in the face of a graceless medical system.