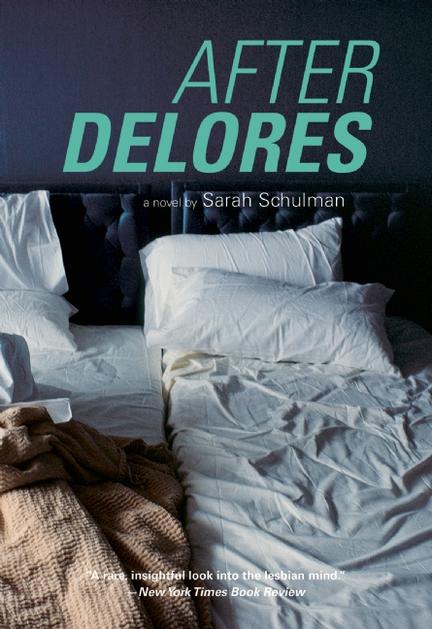 In this new edition of Sarah Schulman's acclaimed 1988 novel, the unnamed narrator is a no-nonsense coffee-shop waitress in New York's bohemian Lower East Side who is nursing a broken heart after her girlfriend Dolores leaves her for another woman. Over the course of a few days, she goes on the prowl looking for love, only to find herself immersed in a tangled web of seduction, deceit, and murder. Along the way, she meets a diverse array of characters, from Priscilla, a hot femme who leaves behind a tiny, pearl-handled gun, Punkette, a go-go dancer who works lunches in Newark, and Charlotte, a bewitching and brutal actress. This hilarious, unpredictable, sexy novel is a fast-paced flashback to the storefronts, underground clubs, and back alleys of the Lower East Side's lesbian subculture in the 1980s?an electrifying chronicle of New York life featuring an edgy and totally original heroine.

Includes a new introduction by the author.

I remember watching her against the eerie glare of headlights knowing that I was the person Delores cared about the most. Now I'm the one she most wants to break. I guess that means I know her inside out. That's why I can't let go. Something organic keeps her right there, next to me. Whenever I move, she follows me because Delores left everything unresolved and that was a dirty trick.

A rare, insightful look into the lesbian mind ... as for Delores, everybody knows her. She is someone unworthy of your love, who breaks your heart.
?New York Times Book Review

This novel is as personal as any lyric poem.
?Kathy Acker, Village Voice

After Delores is entertaining and exciting, with beautifully constructed prose and observation ... This is a journey worth taking, evoking and exploring the universal truths of lust, love, anger, remorse, and loss -- sometimes all at once. “Broken Pencil