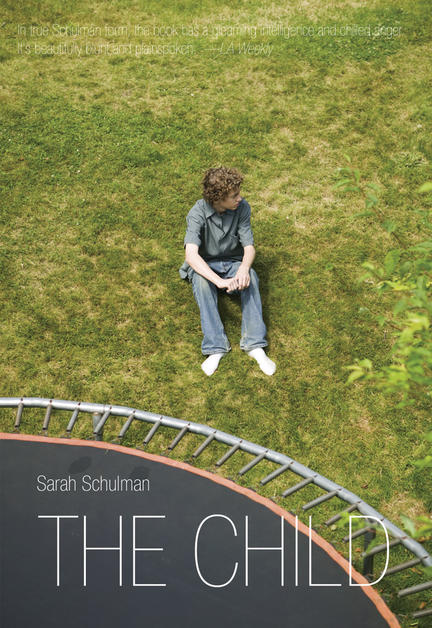 The Child is the eleventh and perhaps most controversial book by acclaimed lesbian writer Sarah Schulman, available for the first time in paperback. This novel explores the parameters of queer teen sexuality against a backdrop of hysteria and sanctioned homophobia.

Stew is a fifteen-year-old boy who goes online looking for an older man to have sex with. But when his older boyfriend is arrested in an Internet pedophilia sting, his life is exposed to his family and town. Devastated by these revelations and left to fend for himself, he ends up committing murder.

Brazen and daring in its themes, The Child is a powerful indictment of sex panic in America, and a plaintive meditation on isolation and desire.

In true Schulman form, the book has a gleaming intelligence and chilled anger. It's beautifully blunt and plainspoken.
?LA Weekly

An important work of American literature. That this is probably not how the book will be handled, reviewed, shelved, sold and read makes the novel all the more necessary and true.
?Lambda Book Report

This novel packs a lot of insight into its 225 pages.... No matter how strongly you feel about the subject of pedophilia, The Child will leave you with something else to consider.
?OutFront Colorado

Sarah Schulman is one of our most articulate observers.
?Advocate

Schulman crafts a piercing investigation into desire, mores, and the law.
?Publishers Weekly

A timely, poignant and unencumbered novel that grapples with the age of consent.
?Xtra! West