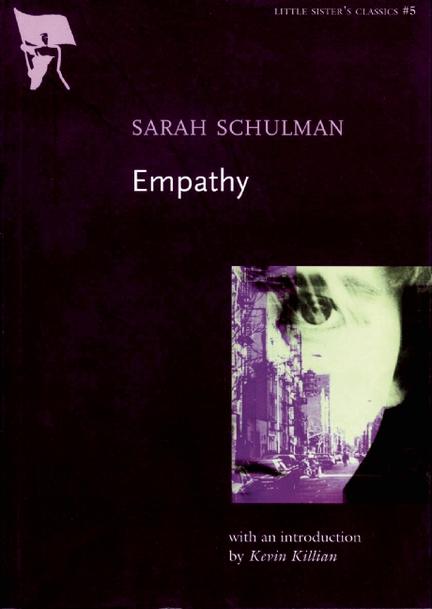 Provocative, observant, and daring, this 1992 novel by one of America's preeminent lesbian writers and thinkers is being reissued for the Little Sister's Classics series. Anna O. is a loner in New York, an office temp obsessed with a mysterious woman in white leather; Doc is a post-Freudian psychiatrist who hands out business cards to likely neurotics on street corners, and is looking for his own personal fulfillment. They befriend each other in the netherworld of the Lower East Side, two unlikely people drawn together by their confusion about and empathy for the world around them and each other. This beautifully written novel is about the fluidity of desire, and how those of us damaged by love can still be transformed by it.

With an introduction by Kevin Killian, a novelist, poet, critic and playwright and the author of Argento Series, I Cry Like a Baby, Shy, and Bedrooms Have Windows, amongst others. He lives in San Francisco.

With Empathy, the lesbian novel comes of age.
?Fay Weldon

Other titles by Kevin Killian