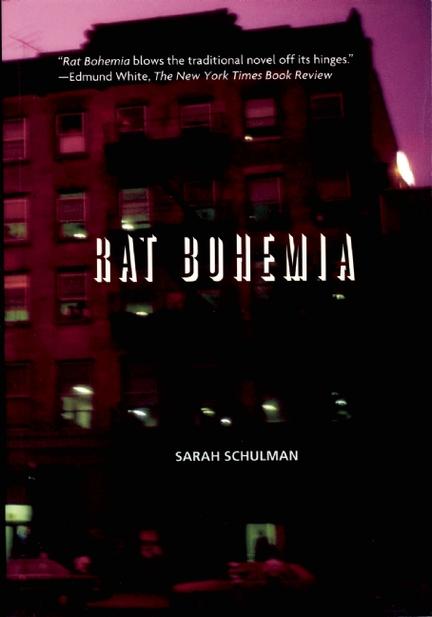 First published in 1995, this award-winning novel, written from the epicentre of the AIDS crisis, is a bold, achingly honest story set in the "rat bohemia" of New York City, whose huddled masses include gay men and lesbians who bond with one another in the wake of loss. Navigating the currents of the city is Rita Mae, a rat exterminator who holds the optimism of all true bohemians?those who stand outside of the prevailing social apparatus. She and her friends seek new ways to be truthful and honest about their lives as others around them avert their glances. Inspired by A Journal of the Plague Year by Daniel Defoe, Rat Bohemia is an expansive novel about coping with loss and healing the wounds of the past by reinventing oneself in the city.

Rat Bohemia won the Ferro-Grumley Award for Lesbian Fiction, and was named one of the "100 Best Gay and Lesbian Novels of All Time" by the Publishing Triangle.

Includes a new introduction by the author.

Now in its second printing

More persuasively than any other contemporary novelist, Sarah Schulman traces the ways in which the disenfranchisement that begins as a political evil pervades every aspect of life, from the metaphysical and spiritual to the most intimate moments of two people together.
?Tony Kushner, playwright, Angels in America

Rat Bohemia represent a truth that won't be erased no matter what happens to the East Village in the future.
?Edge

My surrender to Rat Bohemia is a testimonial to its gimlet-eyed accuracy, its zero-degree honesty.... [It blows] the traditional novel off its hinges.
?Edmund White, New York Times Book Review

I never understood why Rat Bohemia never made it big.... By bringing out a brand new edition of this excellent book, Arsenal Pulp has given us Canadians a chance to put this all right. Rat Bohemia is, I believe, one of the bravest and best lesbian novels of our generation.
?Claire Robson, Herizons

Now viewed with rosy-tinted nostalgia, the '80s were notable, among other things, for the mounting AIDS crisis in the face of the utter indifference of the Reagan administration. A book that captures that time is Sarah Schulman's Rat Bohemia, first published in 1995 and just reprinted in a new edition by Arsenal Pulp. It's set in a New York City of outcasts, gay men and lesbians shunned by mainstream society.... The author adds a fascinating introduction to this edition. She notes that the city's recent gentrification occurred after gay people died in huge numbers in places such as the East Village. Their newly-vacant rental apartments flooded the market, prompting a massive demographic shift. Meanwhile, marginalized New Yorkers can no longer afford to live in Manhattan.... Rat Bohemia, then, is not only a memorial to the 75,000 New Yorkers who died of AIDS, (the number is Schulman's), but also to a kind of city life.
?Uptown (Winnipeg)

Fiction is necessary to history, and Schulman's Rat Bohemia shows why. The new edition opens with a cold figure--75,000, the total number of AIDS deaths in New York City--and it is an incandescent account of the human cost of the epidemic. Rooted in the Lower East Side in the 1980s, Rat Bohemia is told through the perspectives of both sufferers and survivors.... Reading Rat Bohemia nearly 15 years later reminds us that we need our artists to help us remember.
?Out

Rat Bohemia imparts insight into the now extinct underbelly of New York City's urban bohemia that made up the fabric of so many lives in the 1980s and 1990s. By reading it today, it showcases the distinction between the compliance and inaction of today's homogenous inheritors of the city and the fervor and dissent of the former inhabitants who created a vibrant, oppositional, and diverse subculture of queers, artists, activists, organizers, and workers who went up in smoke when their neighborhoods became marketable to the privileged few who didn't mind displacing them.
?Feminist Review