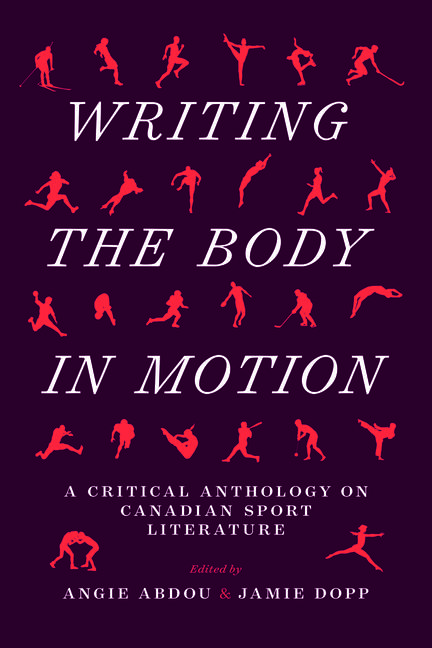 Sport literature is never just about sport. The genre’s potential to explore the human condition, including aspects of violence, gender, and the body, has sparked the interest of writers, readers, and scholars. Over the last decade, a proliferation of sport literature courses across the continent is evidence of the sophisticated and evolving body of work developing in this area. Writing the Body in Motion offers introductory essays on the most commonly taught Canadian sport literature texts. The contributions sketch the state of current scholarship, highlight recurring themes and patterns, and offer close readings of key works. Organized chronologically by source text, ranging from Shoeless Joe (1982) to Indian Horse (2012), the essays offer a variety of ways to read, consider, teach, and write about sport literature.

Jamie Dopp is associate professor of Canadian literature at the University of Victoria, where he has taught a course in hockey and literature for a number of years. His poetry, fiction, reviews, and scholarly articles have appeared in many journals. He has published two collections of poetry and a novel and in 2009, he co-edited a collection of essays with Richard Harrison called Now is the Winter: Thinking about Hockey.

From the introduction: According to Don Morrow, who taught one of Canada’s first Sport Lit courses at the University of Western Ontario, Sport Literature is never just about sport. Rather, it explores the human condition using sport as the dominant metaphor. Similarly, Priscila Uppal, perhaps the most well-known Canadian scholar and writer to focus her attention on this topic, explains that the best sport literature does not focus exclusively on sport as sport; rather, in this literature, sport functions as “metaphor, paradigm, a way to experience some of the harsher realities of the world, a place to escape to, an arena from which endless lessons can be learned, passed on, learned again” (xiv). Many of the essays in this collection, therefore, examine the various ways sport functions metaphorically. Our authors also consider various recurring themes of sport literature, including: sport and the body; sport and violence; sport and gender; sport and society; sport and sexuality; sport and heroism; sport and the father/son relationship; sport and memory; sport and the environment; sport and redemption; sport and mortality; sport as religion; sport as quest; sport as place; and sport literature and intertextuality.

"A collection of essays that is relevant to the lives of readers who can see themselves anew through the challenges of sport and movement. [...] Many readers will find themselves making a beelines for the booksellers to purchase gems in the Canadian sport literature canon they have discovered by reading this fascinating anthology."

Anything Boys Can Do

Other titles by Jamie Dopp

Now is the Winter