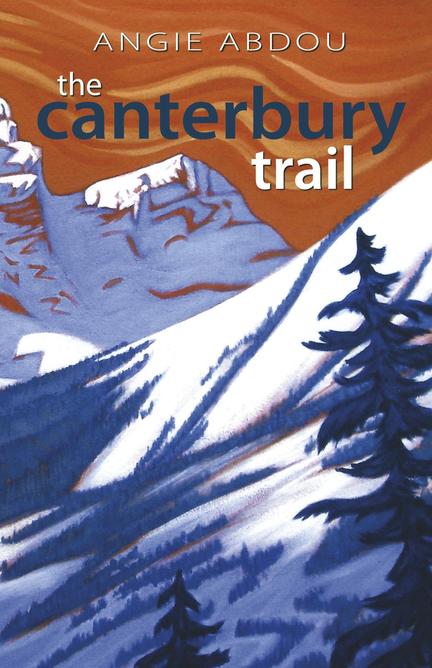 It’s the last ski weekend of the season and a mishmash of snow-enthusiasts is on its way to a remote backwoods cabin. In an odd pilgrimage through the mountains, the townsfolk of Coalton—from the ski bum to the urbanite—embark on a bizarre adventure that walks the line between comedy and tragedy. As the rednecks mount their sleds and the hippies snowshoe through the cedar forest, we see rivals converge for the weekend. While readers follow the characters on their voyage up and over the mountain, stereotypes of ski-town culture fall away. Loco, the ski bum, is about to start his first real job; Alison, the urbanite, is forced to learn how to wield an avalanche shovel; and Michael, the real estate developer, is high on mushroom tea.

In a blend of mordant humour and heartbreak, Angie Abdou chronicles a day in the life of these industrious few as they attempt to conquer the mountain. In an avalanche of action, Angie Abdou explores the way in which people treat their fellow citizens and the landscape they love.

Abdou's writing is concise and observant. Her attention to detail and awareness of the backcountry lifestyle is refreshing. But it's what's happening on a deeper level—the struggles of bridging a ski bum lifestyle with the necessities of a career, pragmatism and belonging—that are revealed like a ski carving through layers of bottomless snow. —Backcountry Skiing Canada

The story is at once bleak and hopeful; the writing is clear, considered prose. Angie combines traditional writing skill with forward-thinking fun. A wonderful voice in Canadian literature. —Robin Spano, Advent Book Blog

This amounts to a gnarly, original fictional journey. Abdou’s second novel is not the first literary work to emulate Chaucer’s classic, but it could be the most uninhibited and most fun. —ABC Bookworld

[Angie Abdou] makes us care whether or not [her characters] find their magical chalice and make it back from their pilgrimage. —The Winnipeg Review

Each period in Canadian Literature has its bright lights, pre-confederation Canada has Susanna Moodie and Catherine Parr Trail; Ondaatje, Atwood, Laurence, and Munro all came to prominence in the 60s; and if I were to make a list of the great 21st century Canadian novelists to date, Angie Abdou would definitely be on the list. —The Canadian Book Review Blog

[The] Canterbury Trail . . . is much more than a story about a ski town. Like all great novels, it is a 'story of life' that just happens to be set in snowy mountains, with all the characters traipsing around on skis. . . . It's a delightful, thought-provoking book and I recommend it highly. —Jon Turk, Powder Canada

The Canterbury Trail often seems like an anthropological study of those who’ve devoted their lives to the mountains, and Abdou doesn’t shy away from more unsavory aspects of ski culture. —Mark Medley, The National Post

On every level I revelled in The Canterbury Trail, Angie Abdou’s new novel which reworks Geoffrey Chaucer’s 14th century Canterbury Tales to follow a group of people on a pilgrimage to a backcountry hut near the Canadian Rockies town of Coalton. —Straight Outta Dublin Blog

In The Canterbury Trail Abdou walks a tightrope, balancing elements of comedy and tragedy with equal poise and shows herself an able inheritor of ribald Chaucerian tradition. —Reading for the Joy of It Blog

Chaucer's friars, squires, merchants and summoners are substituted with ski bums, hippies, fish-out-of-water urbanites and rednecks from the fictional town of Coalton, B.C., who make a bizarre pilgrimage to a remote backwoods cabin [in The Canterbury Trail] —The Calgary Herald

Abdou takes us ' . . . somewhere beyond words.' All we can do is sit back and admire. —Book Discovery Blog

The book has a distinctly unpredictable ending, so it might be worth reading this one to figure it out. An enjoyable jaunt into the world of back-country and downhill skiing, especially if you’re a novitiate. —The Inferno

The very best thing about the book is the ending. I LOVED IT! —Lindy Pratch, Lindy Reads and Reviews blog

The Canterbury Trail was a Mountain and Wilderness Literature finalist in the 2011 Banff Mountain Book Competition.

An unlikely group is pushed together, Big Chillish-style, for a close encounter of the awkward kind. —January Magazine

You don't need a grounding in Chaucer . . . to appreciate the cultural clashes, connections and revelations between the skiing pilgrims of The Canterbury Trail, or to relish the authentic suspense Abdou builds through a gradual but genuine investment in the wellbeing of the various characters. —Bookgaga Blog

Note: This review was originally published at http://fadedpaper.posterous.com on 11 September 2011.

Angie Abdou’s novel The Canterbury Trail (Brindle & Glass, 2011) has already received some attention on fadedpaperproject for a relatively unfair review it received at the hands of Leslie Anthony. The problem with Anthony’s review, as you’ll be able to tell by checking out my old post and the comments below it, is that it doesn’t exactly approach the book on its own terms. The Canterbury Trail exists in intertext with Geoffrey Chaucer’s The Canterbury Tales. While I’m no Chaucer expert, I feel that Abdou’s novel should be critiqued according with this in mind, so I’ll do my best for what will be my first public book review.

Abdou's writing is clear and sharp, easy to read in most parts but poetic in others. While not the most groundbreaking novel in terms of language use, The Canterbury Trail is intriguing because of its intertextual nature. The characters in this novel are modern-day, skiing versions of Chaucer's caricature-like pilgrims, characters who set out on a quest for one thing (Chaucer: religion, Abdou: sick powder) and instead end up engaging in debauchery of all kinds. The ironic juxtaposition that Chaucer negotiates in his works remains intact in The Canterbury Trail, in that the stated journey is a pilgrimage (albeit for skiing, rather than religious purposes), but the implied journey is for something else. In Tales, that something else is mostly romance, while things are a bit more complex in Trail. SOR, for example, wants an excuse to smoke weed and hang with his buddies, but he also wants to feel alive. Urbanite journalist Alison is not only working on an article for The Globe and Mail, but is believed to be "here for the dick," as is hottest-chick-in-town Shanny. And every character abandons his or her personal pilgrimage in one night of drinking, smoking, and garbled attempts to have a storytelling contest. In the words of the maternal character, Janet, they're all "pretend[ing] to love it all," when in fact these characters are searching for something other than the skiing tradition almost necessitated by living in Coalton.

But all of this would be futile without strong characters to carry the story. Abdou's characters are clichés, caricatures of small-town ski-bum communities. Carrying on the Chaucerean tradition, these pilgrims are hyperbolic representations of their place in Coalton's microcosmic society. Everyone knows everyone in this town, as Rad Chick Shanny remarks, and characters are constantly branding themselves and others. This does not go unnoticed by la Canadienne Claudette, who remarks of Coalton, "People were quick to label others here, and the labels stuck." We see this process of labelling in action as the characters come together in a tiny hut named Camelot:

They'd be camping out with a bunch of dropout, ski-bum punks. Perfect. The hippies were arriving any second, and the ski bums had already got here. Remembering the snow machine outside, he added redneck to the list. Why not throw everybody into [the] mix? Some lazy, stoned ski-bums, some flakey, tarot-card waving hippies, and some rye-huzzling, oil-burning rednecks. Add Michael—ski bum turned hardcore greedy developer guy—and you had a complete cross-section of Coalton society.

Of course, the reason over-the-top characters often fall flat is because the author sketches them on a two-dimensional plane. While some of Trail's characters are underdeveloped, most of them are three-dimensional; they extend deeper than their labels. Abdou spends a considerable amount of time building these people, giving each individual his or her own internal dialect and backstory-driven motives for embarking on this pilgrimage. And many of them change in their night together in Camelot, discovering things about themselves and each other that change their perception of community and invidualism. Shanny, for example, undergoes a unexpected change in her sexuality when she spends time with Ella and Cosmos. We learn that Kevin, who is probably the least immediately-likeable character in the mix, is plagued by such inner turmoil and guilt over his father's condition that we begin to understand his hotheadedness and desire to lash out at other characters. But there are fourteen characters here (not including the dogs), and 277 pages seems like less time than needed to have time to connect with them. Abdou pulls it off, for the most part, through excellent dialogue, but one of my main gripes about this novel was actually that I wanted to know even more about these people, especially Heinz the Hermit, the character who frames (and is possibly imagining) the whole story.

And holy hell, what an ending.

The Canterbury Trail impressed me with strong character development spread across fourteen pilgrims, and was a highly entertaining read. A must-read for anyone interested in Chaucer, winter sports, or solid culture-focused writing.

Anything Boys Can Do

Up Where We Belong: Mountain Books