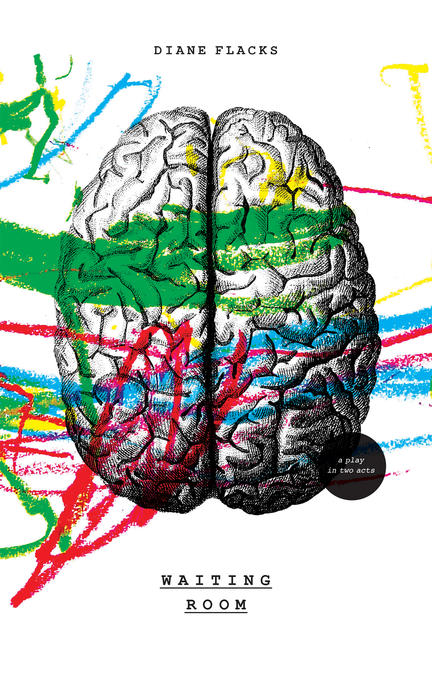 Chrissie and Jeremy have spent a great deal of time in shock, waiting—for news of their baby daughter’s post-operation recovery, for weekly scans to show that her tumour is gone, for robotic forty-five-second updates from Dr. Andre Malloy, their brilliant but arrogant neuro-oncologist. The hospital waiting room has become a second home where they struggle separately as parents and as a couple, where they laugh inappropriately, lose tempers, and find resilience as they confront a roller coaster of hope and despair and a crisis of decision-making. And just beyond the waiting room, Dr. Malloy faces his own dark and risky medical dilemma. With sharp insight, Waiting Room examines medical ethics, compassion, gallows humour, and humanity in life-threatening situations.

“The questions that Flacks raises, about the doctor/patient relationship, the physician as a godlike figure and the decision to experiment for the good of science rather than that of the patient, are carefully posed and left for us to ponder.” —Jon Kaplan, NOW Magazine

“I was entirely absorbed […] I cannot imagine that anyone would be unmoved by the scenarios and relationships depicted in Waiting Room.”—Dorianne Emmerton, Mooney on Theatre