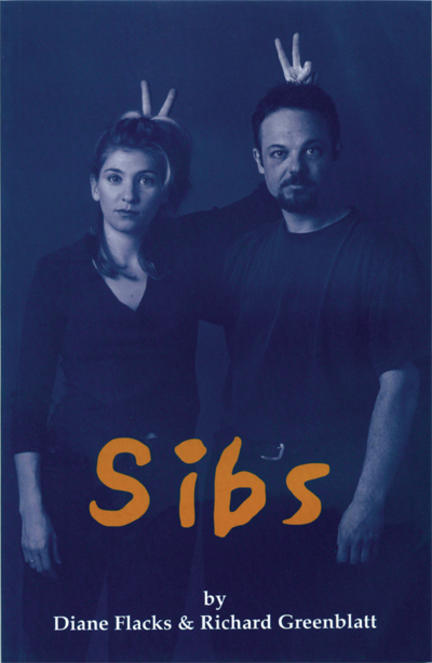 Anchored in a poignant moment—adult siblings dealing with their parents' estate—the play flashes through the many stages of sibling history, from infancy through the rich miseries of growing up, the alien landscape of adolescence and teen years, the inevitable confusions of adulthood. Affection, jealousy, curiosity, tender guidance, us-against-them, deep love, and deep hatred: all the cards are brought into play.

Richard Greenblatt was born and raised in Montreal and trained as an actor at The Royal Academy of Dramatic Art in London, England. He returned to Canada in the mid-70s and has been working as an actor, director, writer, musician and educator ever since. His work has taken him across the country, throughout the U.S., and in Europe and Japan. The vast majority of his extensive directing work has been with the development and premieres of original scripts, many of which were for Theatre for Young Audiences. His handbook for scriptwork, Text and Context: The Operative Word, was published in 2021. Richard has written and performed two solo shows (Soft Pedalling and Letters from Lehrer), co-authored two plays with Diane Flacks (Sibs and Care), and co-authored the immensely successful 2 Pianos 4 Hands with Ted Dykstra, which they performed almost 1,000 times and has been seen around the world in hundreds of other productions. He has taught acting and directing at most of the top training institutions in Canada and is the recipient of numerous Dora and Chalmers Awards. Richard lives in Toronto.

"Sibs is an impressionistic exploration, fast and often very furious, of the complex relationship between brothers and sisters. Anchored in a poignant moment—adult siblings dealing with their parent's estate—the play flashes through the many stages of sibling history, from infancy ("This is my little brother"), through the rich miseries of growing up, the alien landscape of the adolescent and teen years, and the inevitable confusions of adulthood. Affection, jealousy, curiosity, tender guidance, us-against-them, deep love and deep hatred: all the cards are brought into play." –Urjo Kareda

Other titles by Richard Greenblatt

Two of the Best In the Neighbourhood

An Anecdotal History Of 2 Pianos 4 Hands

Danny, King of the Basement