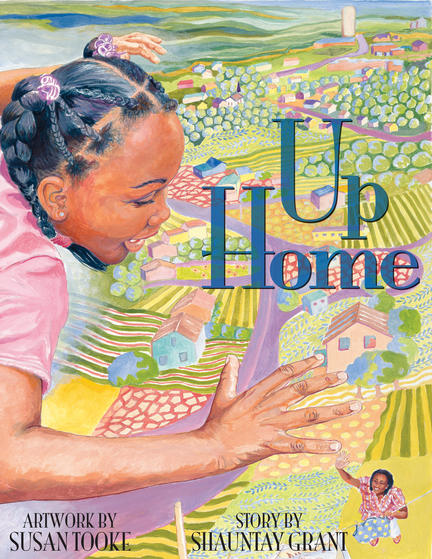 A positive, heartwarming portrayal of North Preston past and present. This touching poem from spoken-word artist, poet and CBC Radio personality Shauntay Grant portrays the Nova Scotian community of Preston. Short, staccato lines, musicality and the use of real, spoken language, and Susan Tooke's breathtaking illustrations using real models from the community, combine in a sensory experience that is sure to wow readers of all ages. Grant's memories of growing up reflect a magical place where landscape, food, history and, most of all, people come together in a community filled with love and beauty. A powerful story with positive images of one of Nova Scotia's most important black communities.

You Hold Me Up

A perfect opportunity to highlight these excellent books which celebrate Black heroes and Black culture.