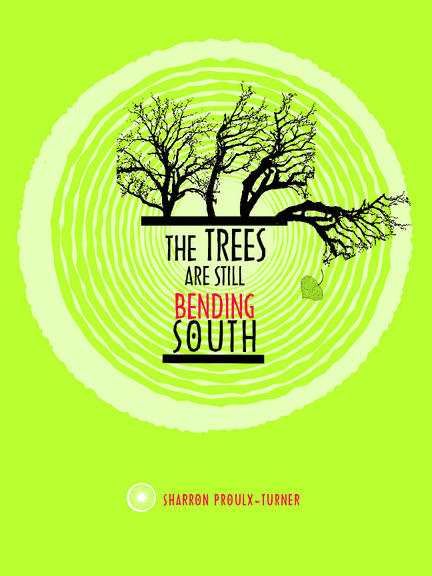 This book is one woman's examination of her role as an otepayemsuak, a Métis, in this 500-year era of resistance and change. We are in a time when many Indigenous prophecies are reaching into the present - those of the ancient Mayan, the Hopi, the Iroquois, the Cree, the Métis. As with the ancient Mayan, where December 12, 2012, marks the end of the long count calendar, according to the prophecy of the Mohawk's seventh generation, we have reached the time to restore Indigenous stewardship of the land. The words that follow the title of the first chapter of the trees are still bending south, are those of Louis Riel: "My people will sleep for one hundred years. When they awake, it will be the artists that give them back their spirit."

I walked into this woman's dreams through the pages of this book searching for the ghosts that inhabit these pages. I met Louis for the first time in a woman's voice, a strong voice, a proud voice that had not sung for more than a hundred years. I entered and was able to see from the other side of the mirror. The songs, the words, come from within, deep, mournful, yet they are full of joy, sadness and pain, Êmuch of what you experience in a Sundance and a vision quest. This book is filled with all of this and much more. - duncan (Keewatin) mercredi In the poems in 'the trees are still bending south', the words of the English language burgeon with a different life, one lived on Turtle Island. Though it is a girl, a lover, a grandmother, a mom, who is telling these stories, singing these songs, her voice probing or celebrating the personal, the familial, the communal, the political, the mystical, her throat swells with the guidance of the Island's other inhabitants - monarch butterflies, spiders, snow owls, the one-footed bodies of snakes toward hope and wisdom. love is very powerfulshe hears those snakes sayand has the power to revive peoplefrom the deadThese poems are another sign of the cultural spring, the awakening of the sleeping spirits Riel predicted.-Daniel David Moses (Poet and Playwright of "Almighty Voice and His Wife")

she is reading her blanket with her hands

Way of Thorn and Thunder, The