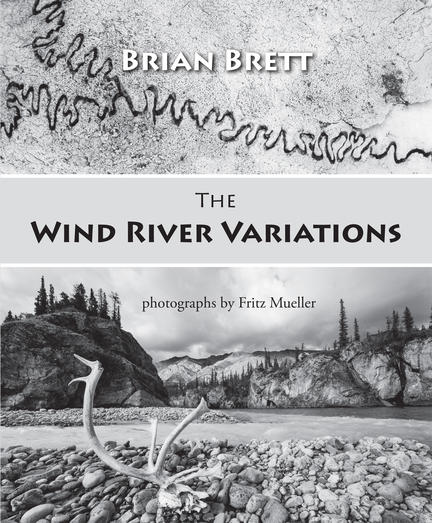 The Wind River Variations is a collection of poems and prose-poems given birth by Brian Brett's participation in one of a series of river expeditions in the summer of 2003, introducing artists, environmentalists, writers, photographers, and Native elders to the hard-to-access glories of the three rivers — the Wind River, the Bonnet Plume River, and the Snake River that feed the Peel River which eventually flows into the Mackenzie River and the Beaufort Sea in the Arctic Ocean. These three rivers and their spectacular and delicate watersheds are nearly untouched, and are all under threat from a multitude of development proposals.

Fritz Mueller grew up on a rural homestead in British Columbia's Coast Mountains. Biology was a natural career path for a kid raised in wild country filled with mountain goats and grizzlies. He completed two degrees at University of British Columbia, doing his master's fieldwork near Kluane National Park in the Yukon. For a decade Mueller worked in northern Canada as a zoologist and environmental assessment scientist. In 2003 he quit his government job to take photographs full-time. He does a mix of editorial assignment, stock and commercial photography, but his main focus continues to be telling compelling stories about science, conservation and the interface between people and nature. An award-winning photographer, he's published in National Wildlife, Nature's Best, Ranger Rick, Natural History, Canadian Geographic, Up Here, Defenders of Wildlife, explore, The New Yorker, the Globe & Mail, The Guardian and more.

Other titles by Fritz Mueller

All the Art Books