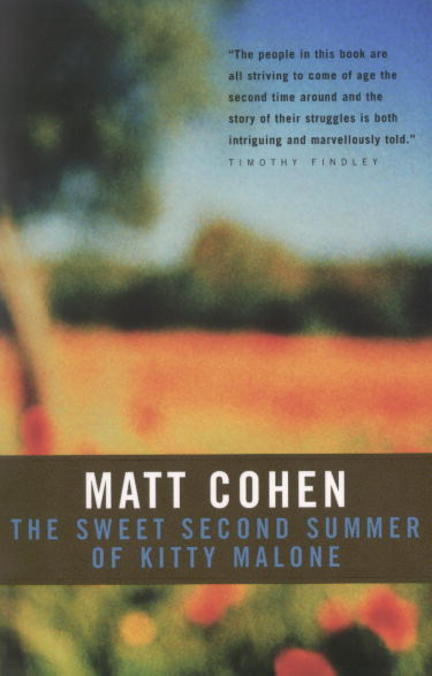 The Sweet Second Summer of Kitty Malone, first published in 1979, is one of Matt Cohen's four novels that came to be known as the Salem quartet--stories set in the fictional town of Salem in eastern Ontario, somewhere north of Kingston in the rugged farmland and forest of the Canadian Shield. These are the novels that first brought Matt Cohen to national attention. The Sweet Second Summer of Kitty Malone, a story about the pleasure of love that comes late in life, centres on the lives of two time-worn characters whose pursuit of happiness is strangely rewarded. With The Disinherited, another of the Salem novels, this is considered among the author's best works.

"The people in this book are all striving to come of age the second time around, and the story of their struggles is both intriguing and marvellously told."
—Timothy Findley