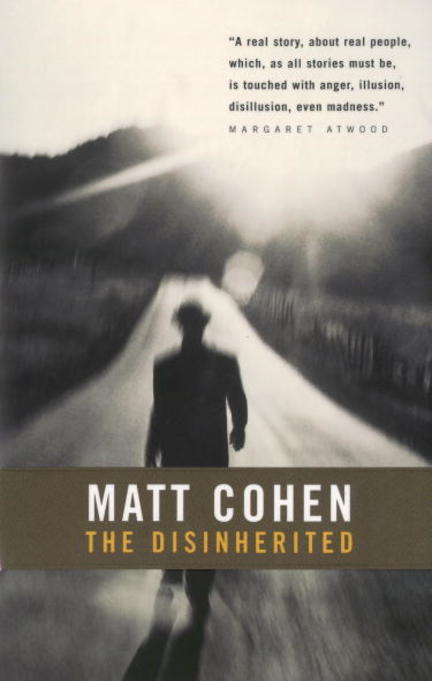 The Disinherited, first published in 1974, is one of Matt Cohen's four novels that came to be known as the Salem quartet--stories set in the fictional town of Salem in eastern Ontario, somewhere north of Kingston in the rugged farmland and forest of the Canadian Shield. These are the novels that first brought Matt Cohen to national attention. As with his Governor General's Award-winning novel, Elizabeth and After, The Disinherited is a novel of love and the land and their impact on a family dynasty, of the gradual encroachment of the modern-day city and its developers, and of the family's struggle against the threat of disintegration.

"I remember reading the first chapter of The Disinherited in manuscript and sitting transfixed. The story was so nakedly human it hurt--. It sang like a cello." -Dennis Lee

"A finely told story of the decay of a generations-long way of life and of the fierce family infighting over who is to inherit or escape--. Cohen writes with a superb sense of the nuances of love and the hollowness of the refusal to love." -Margaret Atwood

"Matt Cohen's novel moves deliberately, savouring the sights, sounds, smells of the countryside, the land and its people. His book is given over to a portrayal of husbands and wives, their distance and their closeness, their protection of each other, the kindness and hurts that accompany their essential separateness. The Disinherited is a beautiful book about people discovering each other too little and too late." -Peter C. Newman