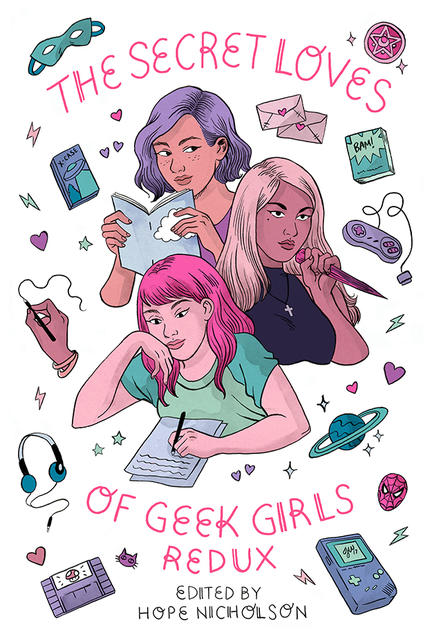 Ready for round two? The authors and artists from the original The Secret Loves of Geek Girls return with this new volume! Stories of love, lust, bullies, exes, and of course comic books and video-games all make up the varied stories in this collection.

Katie West lives in Scotland and is the owner of Fiction & Feeling publishing company.

Meags Fitzgerald is a Montreal-based artist and storyteller whose talents include illustrating, animating, writing and improvising. In 2009, Fitzgerald earned her Bachelor's of Fine Arts Degree in Drawing from the Alberta College of Art + Design and in 2012 she completed a Post-Degree Certificate in Design from the Nova Scotia College of Art + Design University. She is the author of the acclaimed Photobooth: A Biography.

Other titles by Megan Kearney

Other titles by Trina Robbins

The Collected Neil the Horse

A Bunch of Jews (and other stuff)

Other titles by Janet Hetherington

Other titles by Jen Vaughn

A Bunch of Jews (and other stuff)

Other titles by Katie West

Other titles by Sarah Winifred Searle

Other titles by Cherelle Higgins

Other titles by Meags Fitzgerald

Other titles by J.M. Frey

A Workbook For Storytellers

Hero is a Four Letter Word

The Woman Who Fell Through Time