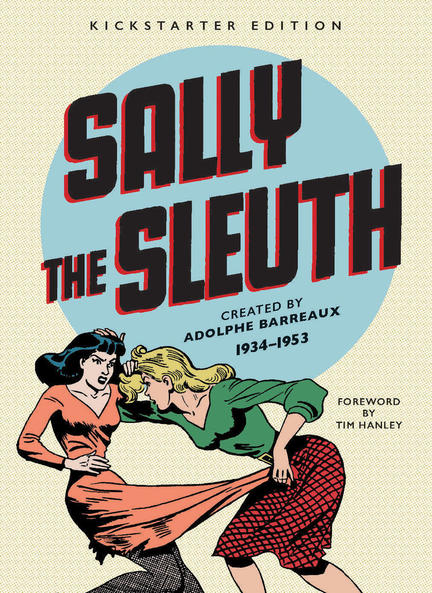 One of the premiere detectives of the dirty, sordid era of pulp comics of the 1930s, returns in a whole new collection.

This collection features her scandalous adventures as a detective’s assistant in her original black and white appearances in the Spicy Detective Stories pulps, and her later return in the cleaned up colour comics of Crime Smashers.

Sally, of the Central Bureau, proved in her run of adventures that women could be anything: murderous doctors, gang leaders, gun molls, victimized starlets, and even detectives. Only Sally, with her uncanny ability to fight crime even fully nude, can bust the evil doers of her city, along with her diminutive sidekick Peanuts.

A sexually exploitative pulp turned wholesome crime-fighting comic, in all her incarnations Sally the Sleuth proves herself to be a daring, risk-taking detective available to do anything to crack a case!

Other titles by Tim Hanley

Nelvana of the Northern Lights