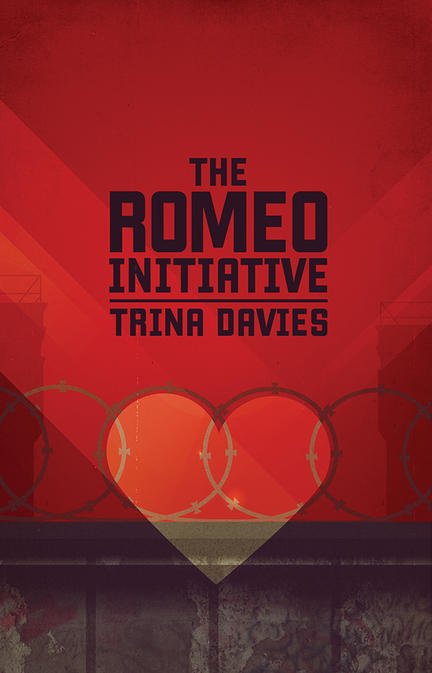 Single men are hard to come by in 1970s West Germany. So when Karin Maynard, a government secretary, meets the handsome Markus Richter, a single man who pursues her, she can hardly believe her luck. But with Markus continually away on business, thoughts of infidelity begin to consume Karin. Is her insecurity unwarranted, or is she onto something? Based on a real program in East Germany in which men were trained and sent to develop long-term relationships with West German secretaries to determine their "perfect man," The Romeo Initiative is half romantic comedy and half spy thriller with a tantalizing twist.

Trina Davies is a playwright based in Vancouver, BC, Canada. Trina’s award-winning plays include Shatter, Multi User Dungeon, The Auction, The Bone Bridge, and Waxworks. Her play The Romeo Initiative was a finalist for Canada’s top literary prize, the Governor General’s Literary Award for Drama in 2012 and was the winner of the National Enbridge Prize for Established Artist. Her plays have been performed across Canada and in a number of other countries including the United States, Germany, Italy, and India. Her work has been translated into Italian and German. She has participated in artist residencies at the Stratford Festival in Ontario, the Banff Centre for the Arts, the Playwrights Theatre Centre, and the Bella Vita Playwrights Retreat in Italy. She is currently working towards the world premieres of her plays Waxworks and Ambrose Small: An Extravagantly Musical, Mysteriously Grand Ghost Story (The Grand Theatre, 2020). She is also working on The Bone Bridge, recent winner of the Woodward International Playwriting Prize, which had its academic premiere at the University of New Hampshire in October 2017. Trina is a member of the Alberta Playwrights Network and the Playwrights Guild of Canada.

"The play has definitely got a seductive hook, digging into one of the hotter chapters of the Cold War in Germany." —The Globe and Mail

"Play delivers swift kick in the heart." —The Calgary Herald

Other titles by Trina Davies