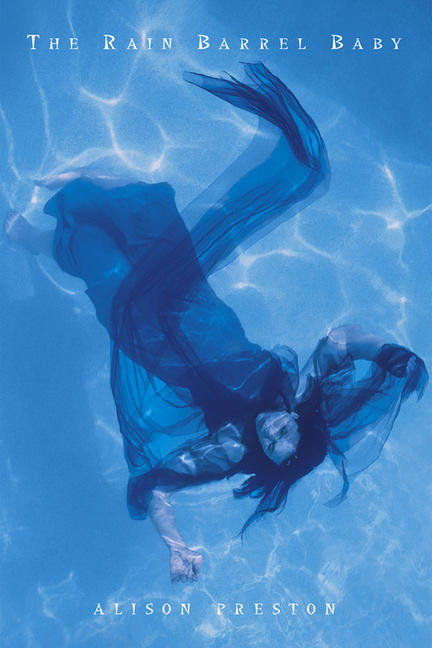 Inspector Frank Foote's quiet Winnipeg neighbourhood is greening into summer when a dead baby is discovered in his neighbour's rain barrel. The tiny body has evidently been in the rain barrel for some time, and there are no obvious leads in the case. Frank is a cop, and he's seen a lot of crime scenes, but this one is a little too close to home. Meanwhile, Gus Olsen, who made the gruesome discovery, is a little worried about a mysterious woman who is cruising their quiet neighbourhood in her Lincoln Town Car. He's been meaning to talk to Frank about her, but somehow there never seems to be an opportune moment. Gus doesn't want to bother Frank, who already has his hands full trying to take care of his household and his three children while their mother dries out in an addiction treatment centre. Frank is a good father, he tries to be a good husband, and he hopes he is a good cop. But, like all of us, Frank has a few old secrets that he is ashamed of. And when Ivy Grace suddenly resurfaces after a long absence, one thing is certain: before this summer ends, Frank will have to confront his past.

The words drift over on the wind to the family of three sitting on the beach at Matlock. They don't know where the words come from. Sounds on the beach are tricky. You can hear a laugh or a bark from a mile away. But sometimes the words of the person lying next to you get lost in the waves.

The mother slathers cocoa butter on herself and tells the boy to do the same. When he's done, he smoothes some onto the back of the little girl.

"Don't waste it, Ray," the mother says. "There's not very much left in the jar. Your sister doesn't really need it."

"Yes she does." He keeps on till she is well covered. "There's still lots left."

Ray is seven and he wears two hats. One is a black cap with the name Gophers embroidered in gold thread. Gophers is the name of his peewee ball team. Ray plays first base. He chose the cap when the mother told him to be sure to bring a hat. He didn't know she was talking about sun protection. She has placed one of her big straw hats on top of it. He doesn't seem to mind.

Squinting into the sun, the girl smiles up at her brother. He smiles back and removes his hats to go for a swim.

"Be careful out there!" the mother shouts as Ray dives into the waves. "A little boy drowned here last year, ya know."

Her words vanish before they reach Ray's ears but the girl hears them and shivers.

"Time for some sand cakes," the mother says, and helps her daughter cut out tiny squares from the damp sand near the shore.

"Mmm," the mother says and pretends to eat one. "You now. Take a bite."

The girl sits in the wet sand with the water lapping around her. She is three, going on four.

"You know you have to, so just do it," the mother says and smiles up at the people walking by. "And don't forget to chew."

It scrapes against her tiny teeth, grinds in her ears. It's louder than the waves. She gags on sand and tears, feels as though her head is made of sand and she could just lie down and be part of the shoreline.

"Clean yourself up now, before your brother sees you all grubby and dirty."

The little girl leans over the shallows and splashes water onto her face. She peers into the lake, hoping to see a fish or some smooth stones at the bottom, hoping to see anything. But the lake is cloudy and dark. And the darkness settles inside her narrow chest.

Frank Foote turned cold. He stepped out onto his front porch and closed the door behind him. "What?"

"Well, I guess, technically, I found it," Gus said. "She asked me if I could come over and give her a hand with her rain barrel." He gave his head a shake. "It was awful."

"Oh, God." Frank clutched his thinning hair in both fists. "Whose baby is it?" he asked. "Where did it come from?"

"I don't know. It hardly looks like a baby anymore. It's been in the barrel quite a while I guess." Gus sat down on the top step. "I think maybe it wintered there."

"No sheet of mine, that's for sure. Since Irma died mine just keep gettin' grayer and grayer."

Frank returned with the water. "So Greta doesn't have any ideas on it?"

"She doesn't seem to. She just started to shake and hasn't stopped."

"Where is she?" Frank asked.

"I took her to my place." Gus took a sip of water and spit it out. "She wanted to get away from it."

"I don't blame her." Frank sat down on the step beside his friend. "Are you sure it's a baby?" he asked. "Maybe it's a raccoon or a squirrel or something. Sometimes foxes come into town."

The morning was cool, too cool to be sitting on the porch in shirtsleeves the way Frank was. Chilly sweat slid down his sides and a gust of wind brought goose bumps out on his forearms. "Where is it now?" he asked.

"It's still in the bottom of the barrel. I drained it. Ya see, her water had been cloudy lately and got to smellin' kinda funny. That's why she asked me to come over and have a look at it for her. After the water was emptied out I stood on her ladder to take a peek inside."

"I've seen plenty of death in my time, Frank. I grew up on a farm. But yeah, this is the worst I can remember."

Frank put his arm around the thin shoulders of his next-door neighbour, just for a moment. "Who the hell has a rain barrel around here anymore?" he asked.

"Greta Bower. That's who. She's pretty upset, Frank. I should probably get back to my place. I just kind of put her on the couch and left her."

"Yeah, you're right, Gus. We better get moving. I'm just going to have a word with Emma and then I'll come over. I don't want my kids to know about this."

"Thanks, Frank. I'll see ya in a few minutes then."

Frank brushed his teeth and spoke to Emma, who agreed to watch Garth and Sadie.

"Yeah, it is, but there's a little problem at Greta Bower's place. I'm just going to check it out and then I'll phone the station and get someone else out to clear it up."

"Was that Mr. Olsen at the door?" Emma asked. "What happened? Did someone die?"

Greta was a wreck. Gus had given her a mug of brandy even though it was just mid-morning.

She explained about the rain barrel. "It's just always been there. It was there when I was a kid and well, I like it. I use the water for my plants and my hair and that's about it. The water got kind of yucky looking lately, and it had a bit of a stink to it, so I quit using it. I thought maybe the barrel needed cleaning or something. There's a filter on top to keep out biggish things and I did have it covered with lengths of wood over the winter, but I figured maybe lots of small insects added up, or maybe some kid did something. Oh hell, I don't know what I figured."

Greta gulped down the rest of her brandy and Gus poured her some more.

"The filter is really just resting there," she said. "Anyone could move it if they had something to stand on. Could you please make it go away, Frank? I'd really like to get it cleaned up in a hurry. It's supposed to rain tonight."

"You're surely not going to use it again after this?" Gus said.

"Why not? It's just a little baby. What could be more natural than that?" She laughed. "Maybe it'll give my hair new life."

She's lost her marbles, Frank thought. Maybe it's just temporary, from the shock. Or, maybe she belongs in a loony bin.

"You're thinking I'm crazy, aren't you?" Greta said. "I can tell by the look on your face." She started to cry.

Frank felt terrible, the way he always did when women cried, as though it were his fault and it was up to him to fix things. He touched her shoulder and gave her a handkerchief.

"No, Greta. No one's thinking you're crazy. It just surprised me is all. Most people would probably want to get rid of the rain barrel after something like this. But you're right. A poor dead baby is nothing to run from."

Gus didn't look so sure. He fetched a glass and poured some brandy for himself.

Frank left the room to phone the police station.

Alison Preston's novel The Rain Barrel Baby isn't a who-done-it kind of mystery. It doesn't keep you on the edge of your comfy reading chair. When you're home alone, you don't look up from the page, thinking you've heard someone creeping down the hallway. Instead, the novel captures the everyday mysteries of character, relationships and families. It explores the world of secrets and the impact of harbouring those secrets. Nevertheless, The Rain Barrel Baby is a compelling read. The storytelling is well-paced for a thriller and Preston deftly knits together several meandering storylines. Beginning with a search for the baby's identity, this novel explores the identity of each character and gives us a glimpse into the world of secrets that is all around us.